Every week, I’m going to start posting some of the most unusual crimes I come across. These notable entries are taken from our weekly blotter, and while they all would make excellent skulduggeries, they’re too long to make the cut. So from now on, you can view them here, two days early, along with my commentary. Feel free to add your own insight below!

Between 8 p.m. on Jan. 21 and 4 p.m. on Jan. 22, an animal-hater cut the head and tail off the pet rabbit of a resident of the 11200 block of Russwood Circle. Honestly, who does that? Killing any animal for sport is questionable (not referring to this or this) but I am seriously concerned about any person who would decapitate an innocent bunny. (I’m trying to get the victim on the phone, I’ll update this if I land an interview.)

At 11:30 a.m. on Jan. 23, a thief got very, very lucky. An employee of Bank of America in the 10800 block of Preston Road was carrying an armful of items — including a gray bank pouch containing $3,500 — to his car. After backing out, he realized that the pouch was missing, but when he searched the parking lot, the cash was nowhere to be found. In the future, I would suggest actually clutching the cash in both hands to avoid dropping it.

At 1:47 p.m. on Jan. 23, a shoplifter stole more than 60 cosmetic items with a combined value of $1,265 from CVS in Preston Forest Village. This confuses me because 60 pieces of makeup and nail polish is a huge amount of items to steal, especially to fit in a purse, as the police report says. Did no one notice a woman emptying entire displays into her seemingly luggage-sized purse?

At 2:15 p.m. on Jan. 26, two young shoplifters selected $384.69 worth of clothing at Macy’s at NorthPark Center and then walked out of the store without even trying to hide the items. Since this offense was committed by minors, I’m going to assume that they were very new to shoplifting, hence why they just brazenly walked out of the store carrying the clothes in plain sight. Or maybe they just really wanted to get arrested? 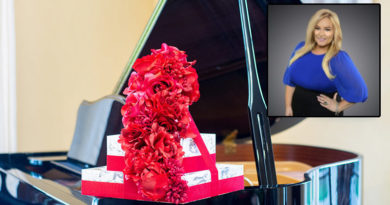