After going 10-18 in non-district, the Highland Park volleyball team has found its groove in District 10-4A play.

Heading into tonight’s match at Pearce, the Lady Scots are 7-3 in district play. Highland Park is alone in third place in the district standings behind Pearce and Rockwall-Heath, which have both already wrapped up playoff spots. The Lady Scots (17-21) are two games up on fourth-place Rockwall with four matches left in the regular season. The top four teams in the district earn trips to the postseason.

Highland Park, which has battled injuries throughout the year, will close things out with matches against Rockwall, McKinney North, and Wylie East. 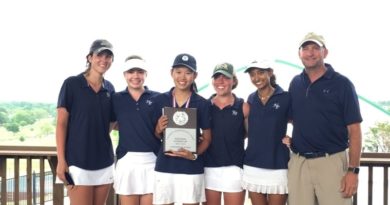