For most people reading this, the day is winding down. For the reporter writing this, it’s only just beginning.

King said he is 90 percent sure this is the budget the district will end up with when the State Legislature ends the special session. He is recommending the board approve this budget tonight, and it’s Item No. 17 on the agenda.

Before the meeting was even officially called to order, two cell phones went off, someone shouted out “For all!” after the “With liberty and justice for all,” portion of the pledge of allegiance, and board president Lew Blackburn quoted the Bible.

UPDATE 5:57 PM
The public forum has begun. Six cell phones have gone off, and one person is audibly snoring.

UPDATE 6:04 PM
“Most of the high school students I know don’t know how to read.”

UPDATE 6:43 PM
The public forum has been going on for almost an hour with only speaker addressing the budget issue. More popular topics include classroom discipline, and the naming of various auditoriums, libraries, and plazas.

UPDATE 7:19 PM
The librarians are here in force. Seven speakers so far have voiced their displeasure with the cuts in the libraries that would take away 42 positions.

UPDATE 7:32 PM
After 11 speakers including current and former librarians, graduates, parents, and volunteers, the Dallas League of Librarians has conceivably rested its case. There are five speakers remaining on the public forum schedule.

UPDATE 7:53 PM
The public forum for agenda items has ended. Now speakers on non-agenda items will begin. There are eight names listed.

UPDATE 8:12 PM
After listening to three hours of public speakers, the board is taking a ten-minute recess. It will return to tackle the consent agenda consisting of 84 items as well as the 22 items pulled for a separate vote. The budget is item 17.

In other news, I’m starving.

UPDATE 8:30 PM
The board is back in session

UPDATE 8:46 PM
The board unanimously approved the consent agenda. Meanwhile, my phone battery is running low so updates won’t be as frequent.

UPDATE 9:20 PM
Board members approved an amendment to the district’s sick leave policy proposed by Nancy Bingham to include days for adopted children and personal reasons.

When Blackburn questioned how the days would be designated, Bingham responded thusly:
“I don’t care what it’s called–you can call it ‘mental health day,'” she said to cheers from the remaining library contingent.

UPDATE 9:55 PM
An amendment proposed by Mike Morath will allow principals to refuse teacher placements. Those teachers who are slated to be moved to another school will have to be approved by the principal. Unaccepted teachers will be placed in a “reassignment pool” that will be used for substitute teachers. Morath insists this is not a rubber room.

UPDATE 10:12 PM
After Mike Morath made a case that many private schools sell naming rights rather than award them, a motion to name a band room in honor of someone failed. Morath is hoping to start a trend to raise revenue.

“We have assets that we can give away, or we have assets we can sell,” Morath said. “I’m not up here to be lousy with tax payer funds.”

UPDATE 11:37 PM
The board approved Budget Version 6.1 with an amendment to revise the budget in August to restore library staff levels. 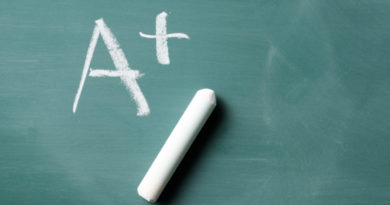