J.R. Nutt was a boy with a mission — a mission impossible, as it turned out.

At the age of 8, Nutt got a part in Born on the Fourth of July. And the young actor was determined to get more than that part.

But Nutt got hardly any face time with the movie’s star, since he was cast in scenes set during Cruise’s character’s childhood. The two didn’t cross paths until the wrap party — where Nutt was able to secure a single autograph.

“I got one, and I got a great picture,” Nutt, now 30, said this week. “He picked me up and flashed that smile. He was really great.”

Cruise was a Park Cities resident himself, for a time. Two months after profiling Nutt, Park Cities People published a two-page spread — including a nearly life-size photo of Cruise — about the star renting a Highland Park house during the filming of Born on the Fourth of July.

If you don’t remember Nutt from that movie, don’t feel guilty. He played one of the kids in the chaotic opening scenes. Even with your eyes wide shut — we mean, open — he’s easy to miss.

“It’s those quick little segments, and there are all those kids, so finding me is difficult to be honest,” he admitted.

Nonetheless, the experience had a profound effect upon Nutt. Not long after the movie wrapped, he and his mother, Cyndi, left the Park Cities so they could further his acting career in New York City. Once they got there, Nutt said, he appeared regularly in plays, commercials, and soap operas until his teens. That’s when he decided to hang it up for a while.

“My teeth were getting all messed up, and Macaulay Culkin was getting all the good gigs,” said Nutt, who added that he auditioned multiple times for the lead in Home Alone.

Instead, Nutt concentrated on his education, enrolling at the prestigious Groton School in Massachusetts.

Upon graduation, Nutt enrolled at the University of Texas at Austin, where he majored in theater and minored in business. Nutt said he deliberately picked a college that was far and away from his tony New England prep school.

“I found as an actor that’s really helped me a lot, because I’ve seen all these different perspectives and different sides of life,” he said.

Since earning his degree from UT, Nutt has been earning his keep as an actor in Los Angeles. He said he’s most often recognized for a four-episode run as “Alexander” on Cory in the House, a spinoff of the Disney Channel series That’s So Raven.

Despite his popularity on a children’s show, Nutt has played a few good men along the way — even if they didn’t have names. His résumé is littered with roles such as “Pool Guy” (CSI), “Poet Guy” (Rules of Engagement), and “Mensa Member #2” (No Ordinary Family).

Although Hollywood is not quite ready to show him the money, Nutt has fared well enough the last few years that he was able to give up the classic actor’s fallback job — waiting tables — and live solely off his acting paychecks. Risky business, for sure.

“It’s not easy,” he said. “It’s still like a struggle, to get that big win, like a series regular or a big movie role. So I’m out of the restaurant, but I’m still hacking away.”

ALSO IN THE NEWS …
In April, the Beta Theta Pi fraternity house at SMU burned down after an exposed light bulb in the attic ignited some combustible items, including mattresses and clothing that were being stored there. The estimated damage totaled $250,000, and the house’s residents lost everything.

In May, Sandra Snyder won a seat on the HPISD Board of Trustees, upsetting Bowman Williams in the Park Cities’ only contested election that year. Snyder won by a margin of nearly 2 to 1, despite the University Park Community League’s endorsement of Williams.

In June, Highland Park High School graduate Todd Whitman Sharpe, 19, was found not guilty of attempted murder or aggravated assault in the May 1987 knifing of fellow HPHS student Garvin Fitch. Sharpe claimed self-defense for the stabbing, from which Fitch suffered nerve damage and permanent loss of vision in one eye. The stabbing took place during a pool party, where Fitch accused Sharpe of throwing an egg at a car.

CHANGES AT THE TOP
In May, John Roach became University Park’s mayor, and Barbara Hitzelberger became the first woman to serve on the University Park Board of Commissioners, a precursor to the City Council. Both ran unopposed.

In August, Gene R. “Bud” Smallwood was named UP’s new public works director, replacing James Murphy, who retired after 18 years with the city. Smallwood continues in that position, and a few others, to this day.

Here’s a Twist on the Movies in Pools Trend 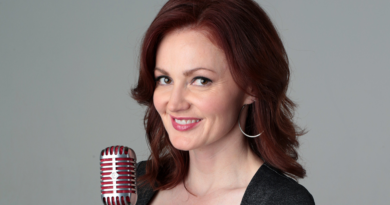