After having both games postponed last week, the Highland Park basketball teams are in for a busier week than an NBA team.

Starting tonight, the Scots and Lady Scots will play a combined seven games in five days this week.

The teams will then face McKinney on Tuesday night. The boys will be on the road again, while the girls will be at Highlander Fieldhouse. Both games start at 7:30 p.m.

Both teams will also play Rockwall-Heath on Wednesday. The boys will be at home, while the girls will be on the road for their regular-season finale. Both games start at 6 p.m. Like tonight, there will only be varsity games.

Finally, the Scots will play at Rockwall at 7:30 p.m. Friday as originally scheduled. 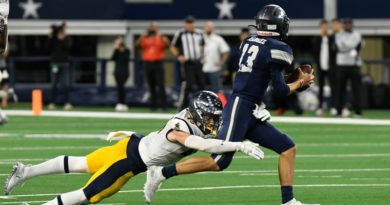