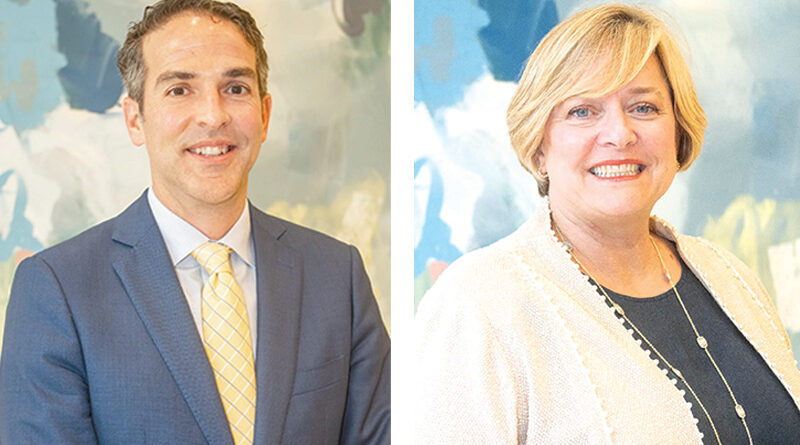 The Highland Park ISD board of trustees will get new faces this year.

Two of the longest-serving current trustees — board president Tom Sharpe in place 7 and Stacy Kelly in place 6 — will retire from board service when their terms are up in May.

The filing period for the May 6 election to fill those seats began Jan. 18 and runs through Feb. 17.

Some announced their intent to run for the open seats before the filing period began.

Blythe Koch intends to run for the place 6 seat, and Pete Flowers for place 7.

Flowers, who serves on the board of the Highland Park Education Foundation and the Park Cities Dads Club executive board, served on the Bradfield Dads Club, Highland Park Alumni Association board, and the district’s technology committee and as treasurer of the Golden Penny election campaign.

During their time on the board, Kelly and Sharpe were heavily involved ​​in the implementation of the 2015 bond program, boundary rezoning and the subsequent opening of the first new elementary school in HPISD since 1948, Boone Elementary, the district’s COVID-19 response, and the community’s approval of the Golden Penny election.

Sharpe has served as board president since May 2021 after serving as vice president from February to May 2021.

“Working with fantastic people who care so much about HP has been the most rewarding aspect of serving and carrying out important work on behalf of our students, staff, families and community,” Sharpe said. “It’s the people who make HPISD excellent. Whether we were working together to plan for a new fifth elementary school, collaborating on boundary rezoning efforts or navigating unforeseen challenges of a global pandemic, I am extremely proud of the work we’ve done together throughout my term as a trustee, and I appreciate our community for entrusting me to serve.”

Kelly’s served as board vice president in 2021-2022. Her committee service assignments included accountability and assessment, the elementary No. 5 planning committee, boundary rezoning, the ELA subcommittee, District Leadership Council, and communications. She also served as the board representative for HP Arts and PTA Presidents.

“As part of a phenomenal team composed of trustees, students, staff, parents, and the community, I am most proud of the way we’ve continued to academically prepare students, stayed on time and on budget through the bond program, integrated form and function into STEAM and MAPS programming along with the Moody Innovation Institute rollout, increased staff compensation and forged lifelong relationships,” Kelly said.