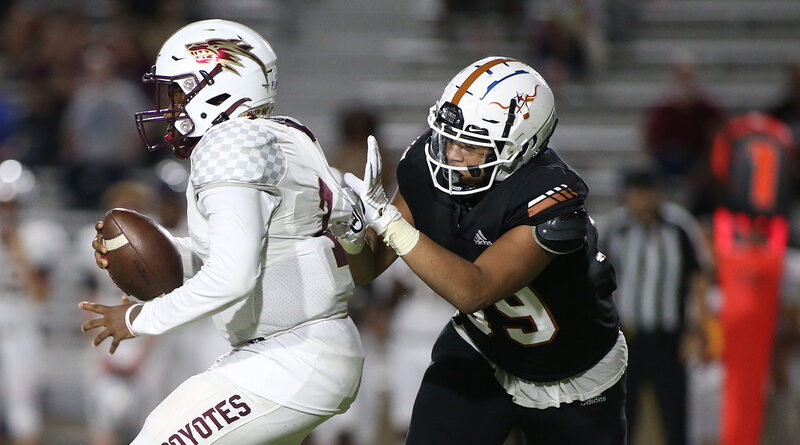 Jones signed with New Mexico State on Wednesday. The Aggies, under new head coach Jerry Kill, will play in the Quick Lane Bowl on Monday in Detroit.

Jones (6-foot-4, 265 pounds) earned defensive player of the year honors in District 6-5A Div. I. He recorded 64 tackles, including 19 for loss, with eight sacks. He also had seven touchdowns, including six on offense as a tight end.

Recruiting interest picked up for Jones after he helped lead the Longhorns to a 5-3 district record and a third straight playoff appearance.