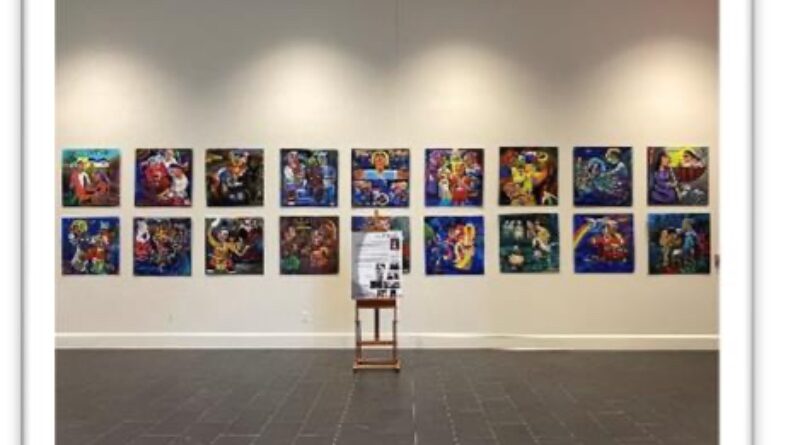 He Qi, studied medieval art at Hamburg Art Institute and earned a doctorate in religious art from Nanjing Art Institute in China, served as artist-in-residence at Claremont School of Theology and Fuller Seminary, and is now a traveling artist and visiting scholar in the U.S. His work has been seen in many international journals and media outlets, and he has exhibited in Asia, Europe, and the U.S.

Having grown up during the period known as the Cultural Revolution in China, during the four years before he was sent to work in a rural farm with other children in 1970, Qi learned basic art skills from a neighbor who was an art professor at Nanjing University.

He Qi then began painting Christian art after he found a copy of Raphael’s Madonna among family belongings. He went on to study fine arts at Nanjing University in 1978 and traveled to Tibet after graduation, painting sceneries and learning the artistic styles of China’s ethnic minorities.

He focused his art on  Biblical themes after he was Baptized in 1989.

He Qi’s artistic style takes inspiration from Chinese folk art as well as the iconography of the Middle Ages  and modern art.For more about He Qi’s works, visit his website here.