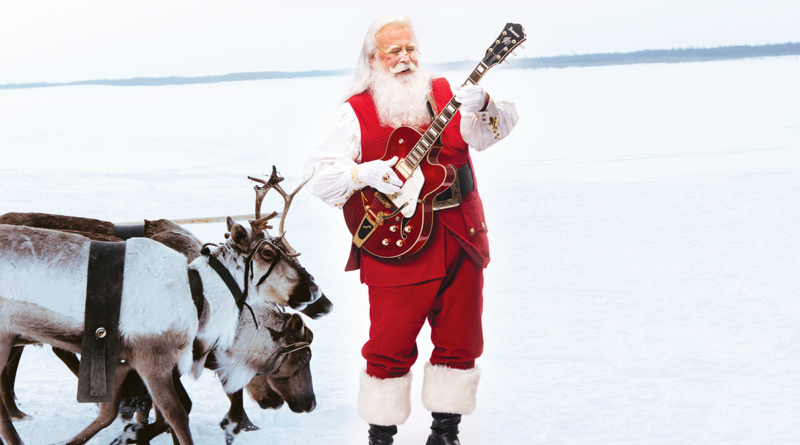 He said he began working as Santa for the Dallas Cowboys and making other high-visibility appearances after being approached by a woman known as Mrs. Claus Dallas. “She said, ‘Have you ever thought about being Santa?’”

“It’s one of those deals that you [think about] over the years, especially when you look like I did, which was very theatrical,” Lagrone said, adding he “always wore a beard.”

A musician, he’s also sung at Texas Rangers games and played with his band at work.

Lagrone will bring a “rock and roll twist” to the part of Santa since he has a background playing guitar and ukulele.

NorthPark Center has free “Stories and Songs with Santa Claus” every Monday through Saturday at 10:30 a.m. and noon on Sundays. Lagrone will perform classics like Rock Around the Clock.

“But I was not a rockstar until I became Santa,” Lagrone said. “It will be me playing guitar, as opposed to just singing with the kids.”

Lagrone’s favorite part of playing Santa is bringing a smile to “children of all ages.”

“Santa ends up being that distributor of joy for children,” Lagrone said. “Sometimes it’s a matter of getting them to relax at Christmas because that can be stressful but knowing that you can help in that even just by being silly, telling a joke.”

Shelby Foster, who works in content strategy and public relations for NorthPark Center, said scheduled visits allow each child to have a “special moment” with Santa.

“They really have … enough time to have that special one-on-one connection with Santa,” Foster said.

To have time to work as Santa, Lagrone is combining vacation time with a leave of absence from his Lockheed Martin position.

“When I approached our human resources and our communications folks, they were most excited, especially about the fact that NorthPark utilizes this as a community service,” he said, noting proceeds go to Children’s Health. “There is nothing about my work that they would ever disagree with that.”

Do You Know How To Make The Perfect Summer Cocktail?

NorthPark Center is “Back To Business” after Fire is Put Out