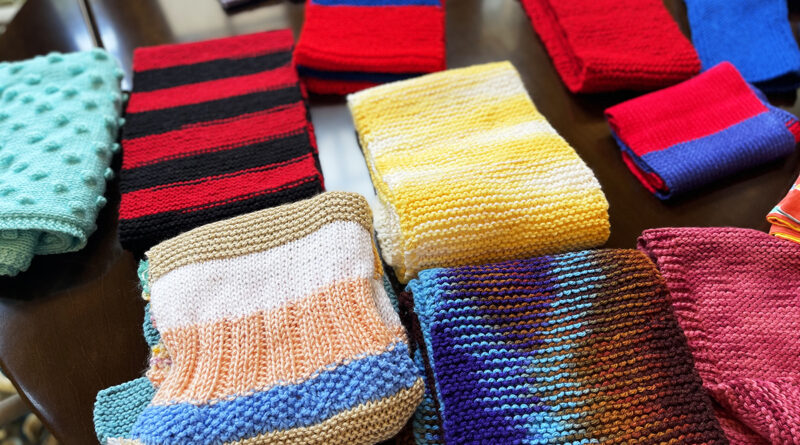 The Knit Wits, a group of 20 women at Edgemere Senior Living, meet once a week for tea, a cookie, and, most importantly, knitting.

The women have completed many service projects since the group started in 2010 and are working on their largest one yet: a partnership with the Joshua Project to make hand-knitted caps for children orphaned by war in Ukraine.

“As we watched this conflict unfold, we wondered what we could do and wanted to help. This opportunity was one that we simply could not pass up,” said Pat Wessendorff, who co-founded the Knit Wits with Marianne Mead.

The two have been knitting since high school and wanted to create a place for more residents like them to come together.

The Joshua Project, a Christian-based philanthropy whose goal is to help victims and refugees worldwide by gathering donations and teaching them God’s word, approached Wessendorff about making the caps. She presented the idea to the rest of the group.

“Beginning this project wasn’t a question for us,” Wessendorff said. “When we found out about a local connection to the Joshua Project that was regularly preparing donations to be sent to Ukraine, it was an immediate yes for us.”

The tragic battles in Ukraine have led to the fastest displacement of children since World War II, according to UNICEF. The 4.3 million children displaced within the country and into neighboring countries need donations and support.

“We are very fortunate to be at this lovely place, so I think we should do something to give back to people that need it,” Mead said.

Initially, the Knit Wits’ goal was to make 100 caps, but now, they have beaten their goal and have even had time to make knitted teddy bears and scarves to send.

“It is truly an inspiration to watch the Knit Wits work and consistently seek new opportunities to make a difference,” said John Falldine, executive director of Edgemere. “We’re honored to stand alongside these women as they remind all of us of the power behind kindness and generosity.”

Work on the hats began in July, and as October neared, the boxes were almost ready to be shipped to the orphanage.

Mead said that the caps do not take much time to make because all the Knit Wits are together as they make them, and time flies.

“This group strengthens all of us in a variety of ways, including physically and emotionally,” she said. “When we are here working, we cannot be focused on our own problems. We must concentrate and focus on the task at hand. Something as simple as knitting can have such an impact, not only on the individual but also in the lives of others, and that is why we do it.” 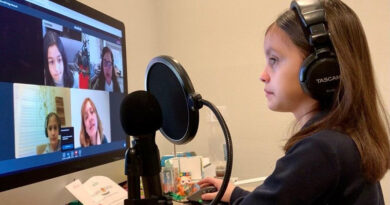 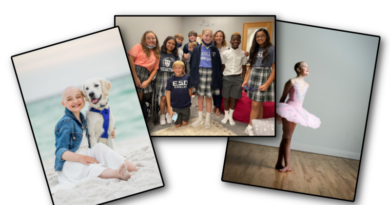 Readers’ Choice Person of the Year: ‘One of the Best People I Have Ever Met’ 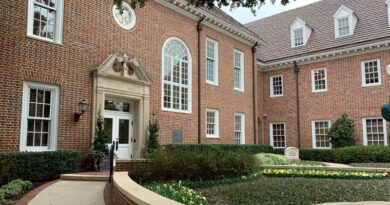 UP Taking Citizen of the Year Nominations