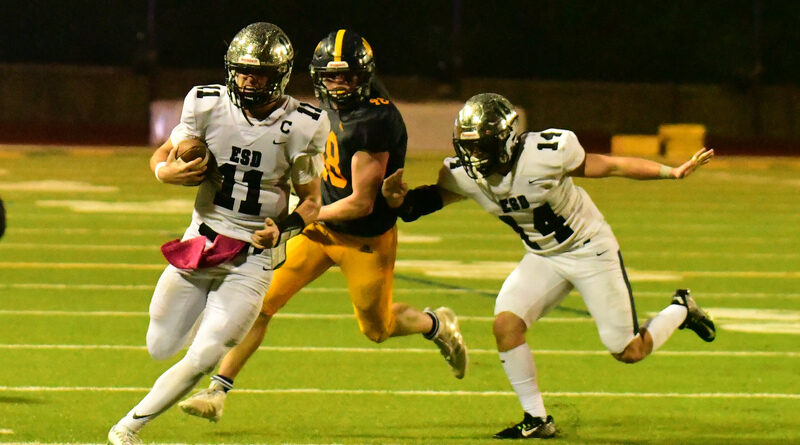 With its chances of returning the SPC 4A championship game already gone, Episcopal School of Dallas closed out the football season in style.

The Eagles rolled to a 49-6 win over St. Mark’s on Friday at Hunt Family Stadium for their ninth consecutive triumph over their Preston Hollow rivals.

It eased the sting of back-to-back losses — against Houston Kinkaid in overtime and then Houston St. John’s — that ended ESD’s hopes for second straight unbeaten regular season and a chance at the conference title.

Despite rainy conditions, the Eagles (7-2) managed their third highest scoring output of the season. Meanwhile, the Lions (4-6) were held under 14 points for the first time this year. They are just 2-13 in the SPC’s large-school division since 2019.