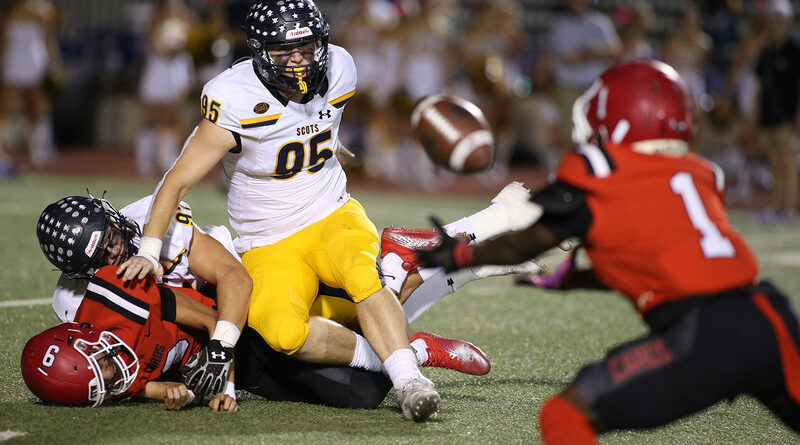 Highland Park enters its final regular-season home game with an opportunity to secure at least a share of the District 7-6A championship.

A victory against Richardson on Friday at Highlander Stadium also would ensure the Scots will be the district’s top seed in the Division II bracket in the upcoming Region I playoffs.

Those are two important goals for undefeated HP as it continues a successful return to the state’s largest classification for the first time since 2015.

The Scots (8-0, 6-0) are coming off perhaps their best overall performance of the season during a 52-0 drubbing of Irving MacArthur last week.

The HP defense shut down MacArthur’s playmakers in its second shutout of the season. The Scots have not allowed a first-half touchdown in five straight games.

Brennan Storer needs 149 passing yards this week to surpass the 2,000-yard plateau for the season. He has thrown 22 touchdown passes with just one interception and has spread the ball effectively to multiple receivers. Jackson Heis leads the HP receiving corps in yardage (469), Grayson Schrank has the most catches (27), and Luke Herring the most touchdowns (seven).

Meanwhile, Jay Cox has 12 rushing touchdowns on just 72 carries, meaning he has reached the end zone on one out of every six attempts.

Postseason hopes are dwindling for the Eagles (3-5, 2-4), who snapped a three-game skid with a 21-0 win over Irving last week.

The Richardson offense has been inconsistent but does include weapons such as running back Miles Buckley, dual-threat quarterback Howard Armstrong, and receivers Hudson Harder and Evan Tabora.