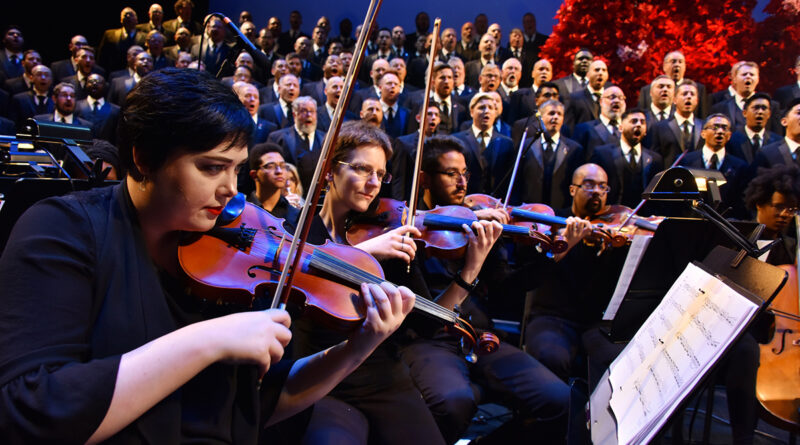 A $25,000 one-year grant from the Fichtenbaum Charitable Trust will cover all Meadows Museum admission fees for North Texas students 18 years and younger including chaperones for K-12 school groups.

Previously, admission was free to youth under the age of 12.

“With school budgets under stress, this gift provides children an opportunity to engage in the arts, facilitating experiences that can spark a lifetime of creativity and intellectual curiosity,” museum director of education Anne Kindseth said.

The grant supplements an existing fund which provides $200 transit scholarships to qualified K-12 schools making the costs of visits little to nothing.

Schools can take part in this grant initiative through Aug. 31, 2023, with tours offered in English and Spanish and accommodations available to visitors with special needs.

Is it true that music can help convey emotions when often simple words cannot?

A team of international researchers is seeking to prove just that.

“Empathy is most often thought of in the context of social interactions, but there are many other forms of social communication, including music,” said Benjamin A Tabak, assistant professor of psychology and director of SMU’s Social and Clinical Neuroscience Lab.

“Music can convey meaning and emotion and also elicit emotional responses, but the mechanisms responsible for its emotional power are poorly understood,” he said.

Tabak and Zachary Wallmark, assistant professor of musicology affiliated faculty at the Center for Translational Neuroscience at the University of Oregon, led the study.

Their findings supported their hypothesis: that empathy and music are connected.

“Empathy is most often thought of in the context of social interactions, but there are many other forms of social communication, including music,” Tabak said

Results suggested that the skill of empathic accuracy exceeds interpersonal interactions can be achieved in music. Tabak and Wallmark’s end goal is this research will serve as the basis for potential music-based interventions.

The newest students represent 44 countries as well as 48 U.S. states and the District of Columbia, with the largest percentage coming from Texas (38%), followed by California, Florida, New York, and Illinois.

More than 30% of the new students identified as part of the traditionally underrepresented ethnic and racial groups. Of those, 200 are the first in their families to enter college.

Finally, 18 students have served in the U.S. Armed Services.

Don´t know the words? Don´t despair. Lyrics will be provided so audience members can sing along to music from Olivia Newton John, Motown, and other prominent artists.

Doors open at 6:30 p.m. Tickets range from $45 to $85. Visit turtlecreekchorale.com, break out your bellbottoms, and Get Down Tonight.”