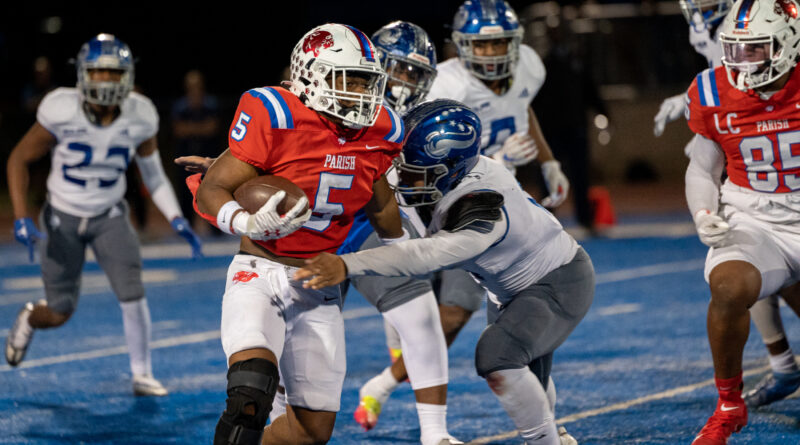 As the regular season winds down, Parish Episcopal looks ready to make a run at a fourth consecutive TAPPS state championship.

Sawyer Anderson threw for 335 yards and four touchdowns on Friday as the Panthers pulled away for a 42-7 win over Fort Worth Nolan at Snyder Stadium.

Maddux Reid caught one of those scoring passes and added two rushing touchdowns for Parish, which has won its last three games by a combined margin of 128-13.

The Panthers (7-1, 2-0) will look to clinch the top seed in TAPPS Division I District 1 with road games over the next two weeks at Trinity Christian and Plano Prestonwood.

Parish led 14-0 at halftime before reaching the end zone on four of its first five drives in the second half against the Vikings (1-7, 0-3). Anderson’s other scoring passes went to Bryson Fields, Derek Eusebio, and Cedric Mays.

Eusebio finished with six catches for 107 yards. Reid accumulated 107 all-purpose yards, including 77 on the ground.