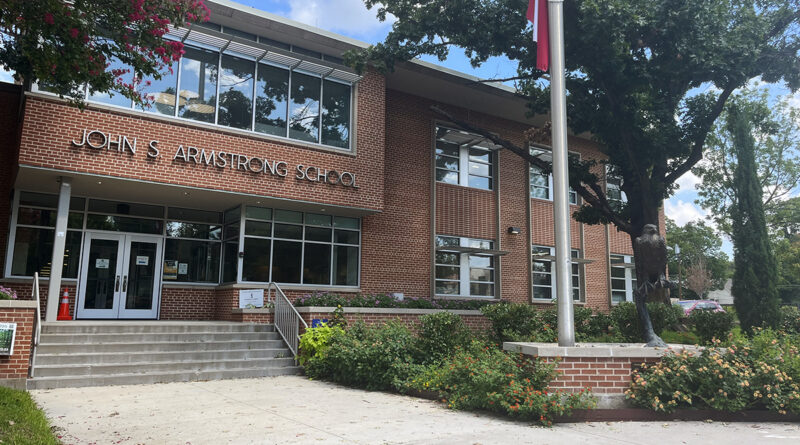 The latest marks are the highest the district’s received since the beginning of the A-F rankings in 2017-18.

This year was the first year the scores were released since 2019 because of the pandemic.

This year, the campus received an A in student achievement but C’s in school progress and closing the gaps.

There is a general feeling among some Armstrong parents there’s a problem, and we want to work with you all to fix that.

Relative performance measures how a school’s performance compares to other schools with similar economically disadvantaged populations.

At least one Armstrong parent said during the Aug. 16 school board meeting that he was concerned about the school’s score.

“Last night, parents learned that Armstrong placed significantly lower than other schools in the district,” Armstrong parent Jason Boatright said. “There is a general feeling among some Armstrong parents there’s a problem, and we want to work with you all to fix that.”

Jaime Callahan, Highland Park ISD’s director of accountability and assessment, partially attributed the drop in Armstrong’s score to pandemic fallout, with about 5% of students not taking the STAAR there, as opposed to about 1 or 2% at the other elementary campuses.

Principal Betsy Cummins said staffing challenges also may have played a role, and staff is working to ensure they “meet students’ individual needs.”

Established by House Bill 22 in 2017, the A–F ratings assess the academic performance of Texas public schools based on three domains: Student Achievement, School Progress, and Closing the Gaps. Student Achievement measures whether students met expectations on the STAAR test. It also measures graduation rates and how prepared students are for success after high school.

“The state accountability rating is one of many indicators of how our schools are performing,” HPISD Superintendent Tom Trigg said. “We are always looking at multiple measures to determine appropriate ways to ensure continuous improvement.”