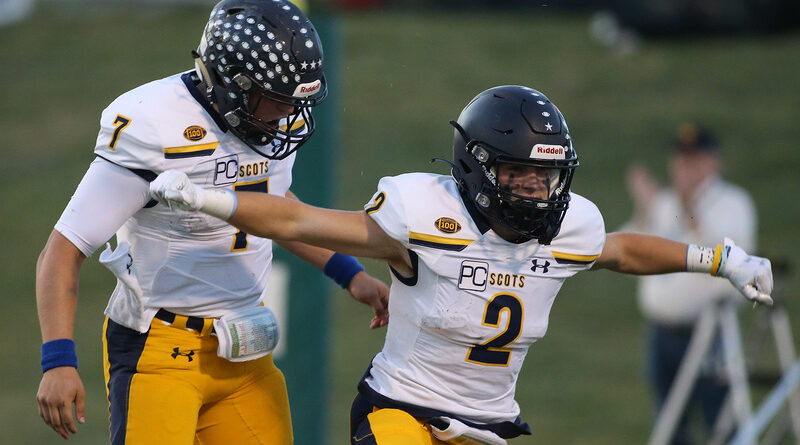 With just four weeks left in the regular season, and the toughest part of the regular-season schedule in the rearview mirror, Highland Park’s playoff future is starting to come into focus.

Entering a home game Friday against Irving Nimitz, the undefeated Scots are the clear frontrunner in District 7-6A, with a one-game lead over Jesuit Dallas and at least a two-game advantage over everyone else.

Since HP is the smallest school in the league in terms of enrollment, that gives the Scots (6-0, 4-0) the inside track toward earning the league’s top seed in the Division II playoff bracket.

The last time the Scots were in 6A for the 2014 and 2015 seasons, they defeated Nimitz in the bi-district round in both years. But this season, the Vikings do not appear playoff bound.

Meanwhile, the HP offense has looked sharp all season, including in a 38-17 road win last week over Richardson Berkner. The Scots have surpassed 30 points in every game this season.

Senior quarterback Brennan Storer has led the way by completing 64 percent of his passes for more than 1,500 yards, with 19 touchdowns and just one interception.

Nimitz rallied past rival Irving 30-25 last week for its first win of the season. Prior to that game, the Vikings (1-6, 1-4) had allowed an average of 53.2 points per game and were defeated by an average margin of 39.5 points.

Dual-threat quarterback Pedro Maldonado is the main threat for Nimitz, while Christopher Hernandez has caught four of his six touchdown passes.