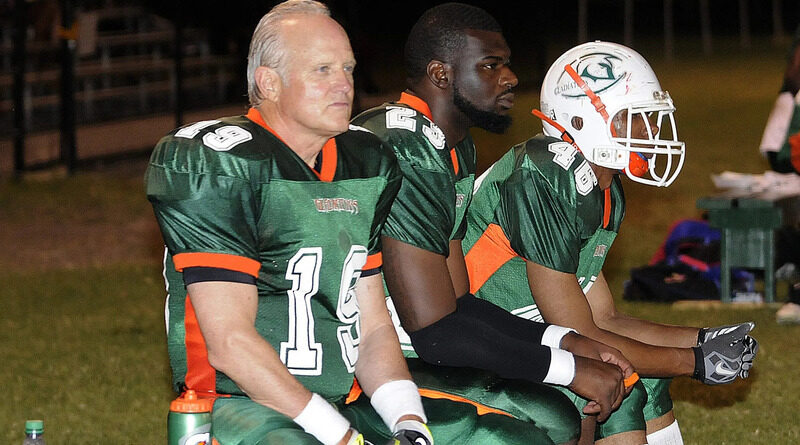 Plenty of guys in their sixties dream of reliving their glory days on the football field. Michael Lynch followed through and did it.

Lynch is recognized by Guinness World Records as the oldest American football player after competing at the semipro level in Florida for five years between the ages of 64 and 68.

On Friday, Lynch will be at Highland Park High School, signing copies of The Golden Gladiator, his book about his experiences on and off the gridiron, in conjunction with HP’s homecoming festivities.

Lynch was a football star in the late 1960s in New York before spending more than three decades as a recreational sports administrator. He’s finally retired now and living part-time in Frisco. But he caught a touchdown pass in his final game in 2018, while playing alongside teammates young enough to be his grandsons.