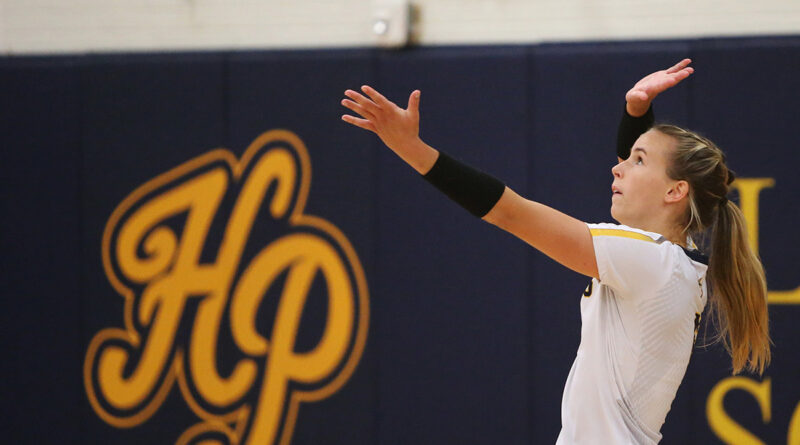 Despite commuting from Nevada, Texas, senior libero feels right at home at HP

Zoe Winford played her first varsity volleyball match for Highland Park in August, but she’s been contributing to the team’s success for more than a year.

Despite being relegated to the junior varsity squad in 2021 because of transfer eligibility rules, the libero became a leader in practice and off the court.

“She raised the level of intensity in that gym. She played against our starters all season, which helped us tremendously,” said HP head coach Michael Dearman. “She established so much respect with her teammates.”

Winford lives in Nevada, a Collin County town about 35 miles northeast of the Park Cities. When she transferred to HP, where her father works as a school counselor, she was ruled ineligible for one year by the District Executive Committee. The UIL upheld that decision on appeal.

That was tough for Winford. The offensive MVP in District 13-4A as a sophomore at Community High School stood out on the Dallas-area club circuit and had elite college programs recruiting her. Yet, she wasn’t permitted to play varsity volleyball at HP.

But she insisted on not allowing her disappointment to affect her attitude, instead focusing on individual and team development while preparing for her senior year. Specifically, she focused on her preferred libero spot after playing multiple positions at Community.

“I’m a very competitive person,” Winford said. “As a libero, I feel like you have to have a voice.”

Winford’s emergence has hardly been a surprise. She verbally committed to Georgia Tech in May and received multiple preseason accolades even before her Lady Scots debut.

“She gets balls up and reads so well, but she brings a defensive mindset to the team that hasn’t been there,” Dearman said. “She’s taken over that back row and made everyone around her better.”

Her contributions have been worth the wait for the Lady Scots. With nine seniors playing key roles and following a stellar nondistrict campaign, they aspire to earn a District 7-6A title and make a deep postseason run.

“I’m surrounded by so many more athletes. The culture is different. Our goals here are so much higher,” Winford said. “I was really excited during the summer. I knew we were going to be good.” 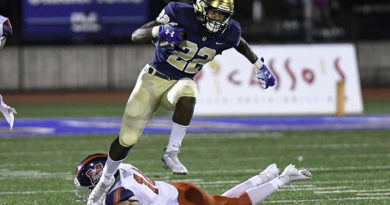 Chuck Cox and Bret Michaels. They Both Rock.