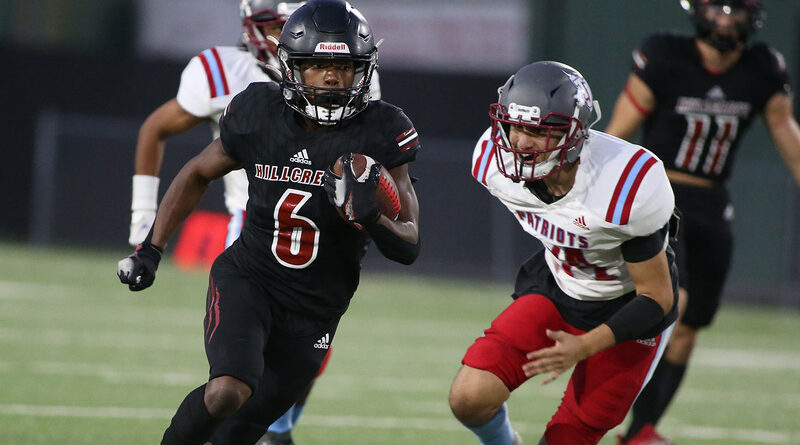 The Hillcrest defense turned in the equivalent of a perfect game against Thomas Jefferson on Friday, posting a shutout while allowing negative total yardage.

The Panthers extending their winning streak to four games while cruising to a 56-0 victory against the overmatched Patriots in the District 6-5A Div. II opener at Franklin Stadium.

Hillcrest was gaining yardage and scoring touchdowns almost at will before halftime, when it racked up a 50-0 advantage.

Jaden Hodge scored two rushing touchdowns and Reggie Williams had one rushing touchdown and another receiving for the Panthers (4-1, 1-0). Carter Smith threw a touchdown pass and caught one. Luke Monter’s two completed passes both went for scores.

At the halfway point of its season, Hillcrest’s only blemish is a heartbreaking overtime loss to upstart Frisco Emerson in the season opener. The Panthers will travel to face Seagoville next week.

The Patriots (1-4, 0-1) have lost to their four public-school opponents this season by a combined margin of 195-14. They will face Woodrow Wilson next week.