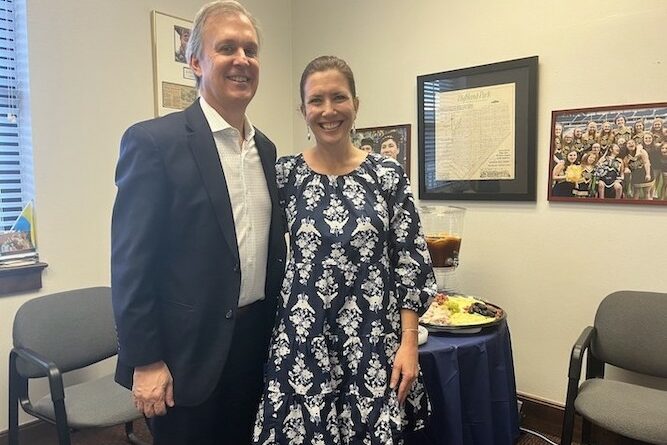 Jon Dahlander, who’s served as Highland Park ISD’s director of communications since 2015 and subsequently took on the role of the district’s chief of staff there, is returning to Dallas ISD – this time as chief of strategic partnerships and intergovernmental relations.

Before joining HPISD, Dahlander had worked in the communications office for Dallas ISD for nearly 20 years. His last day at HPISD is Sept. 23 and he starts at Dallas ISD Oct. 3.

“(Dallas ISD has) made so much progress over the last several years. It’s been great to watch. I’ve got kids in that school district. I’ve seen the progress that they’ve made. They endured the (October 2019) tornado, they went through the pandemic. I’ve been through that too, but I’ve also seen a lot here and learned a lot here in the process,” Dahlander said of his new role.

“I believe in it, and I think that the future of this city really rests on how well Dallas ISD does,” the W.T. White High School alumnus added.

Dahlander was the first hire of then-incoming HPISD superintendent Tom Trigg in 2015 and helped inform the HPISD community about projects that touched campuses across the district and saw the opening of the district’s fifth elementary school and first new elementary campus since 1949, Boone Elementary, as part of the district’s $361.4 million bond package approved in 2015.

“The very next day after the (bond) election passed … we were already planning together how the school was going to look, who we were going to get to help us design it,” Dahlander said.

“It’s been rewarding, but it’s been challenging throughout, and now to see the schools kind of come to life and to see kids in those schools and setting up this community for the future – it’s been exciting to watch,” Dahlander said of his time at HPISD.

“I want to personally thank Jon for the positive impact that he’s had on literally thousands of students here at HPISD over the last seven years,” Trigg said during a recent school board meeting. “Jon will remember he was the first person I had the opportunity to hire. Jon came on within a week of my being hired here in HPISD.”

Dahlander said he’s thankful for the relationships he’s developed throughout his career in education in North Texas.

“I’ve been fortunate to be able to develop relationships with people in other school districts whether I’ve been here or over in Dallas. I’ve been a member of the Texas School Public Relations Association, which are other school communications professionals,” Dahlander said.

Regardless of what school district he’s working for, he said his work in education is guided by his experiences with his son, Jared, who died eight years ago at just shy of 14 years old.

“What he taught us is that every day is a gift and we have to keep things in perspective and so every day that I’m here and above ground working on behalf of kids, what a gift is that?” Dahlander said. “Not only am I helping the valedictorians and salutatorians and the high-performing kids, I’m also here helping the special needs kids and I never forget that.” 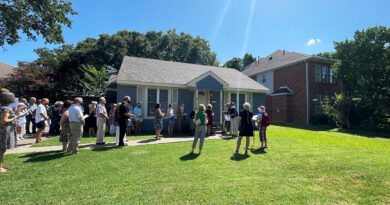 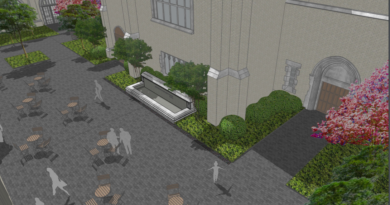 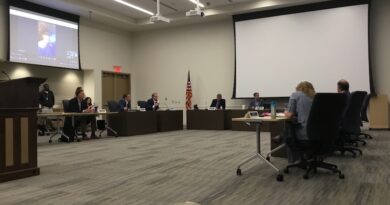