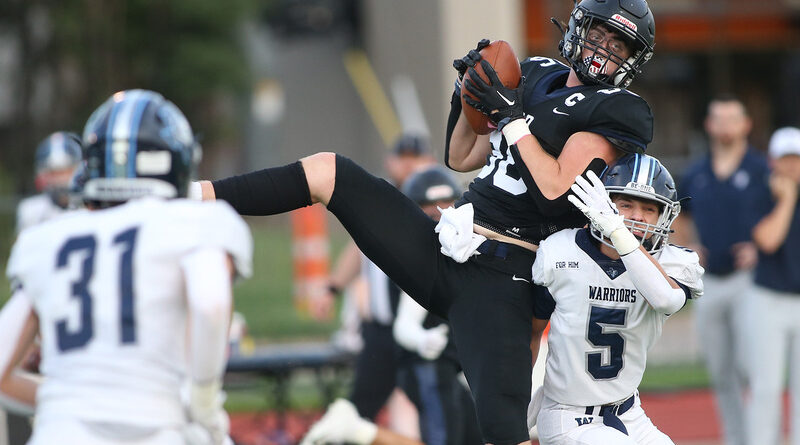 Daniel Matthys kicked two field goals in the fourth quarter to lift Episcopal School of Dallas to a comeback victory over Argyle Liberty Christian in its home opener on Friday.

Matthys booted a tiebreaking 27-yarder through the uprights with 33 seconds remaining to give the Eagles the 20-17 win at Jones Family Stadium. Earlier, the junior connected on a 41-yard attempt to tie the score.

After accumulating 58 points during a season-opening win over Trinity Christian last week, ESD had to overcome some uncharacteristic miscues against the Warriors (1-1). But despite three interceptions, the Eagles (2-0) rallied to stretch their regular season winning streak to 12 games.

ESD trailed 17-7 early in the third quarter before closing the gap on a 44-yard touchdown pass from Patrick Burke to Teddy Sparrow.

Burke completed 18 of 31 passes for 238 yards. He also rushed for a game-high 75 yards, including a 13-yard scoring run in the first half. Blair Brennan caught 10 throws for 141 yards.

The Eagles will face a third consecutive TAPPS opponent next week when they travel to meet Grapevine Faith.