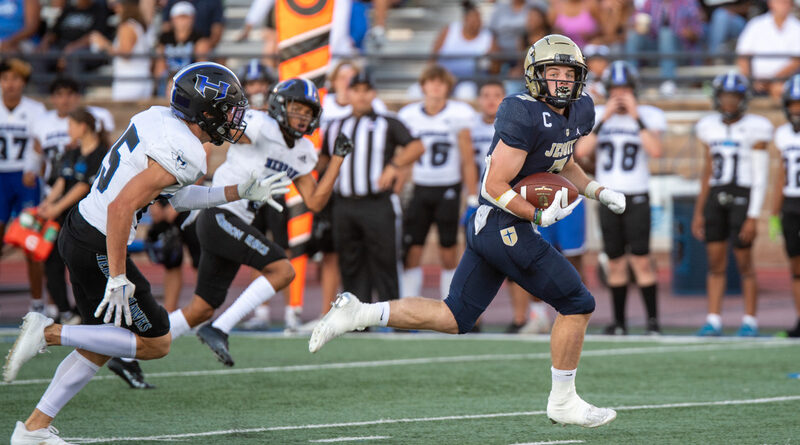 In its first game of the year, the Jesuit Dallas offense looked like it was already in midseason form on Friday.

The Rangers scored on their first four possessions and cruised to an impressive 38-7 victory over Hebron in their home opener.

In his first career start for Jesuit, Charlie Schmidt completed 16 of 19 passes for 283 yards and three touchdowns. Jake Musso led all receivers with five catches for 123 yards and a score.

Schmidt’s 60-yard touchdown strike to Musso on the Rangers’ fourth play from scrimmage established the tone early. On the next drive, Schmidt’s long pass to Cooper Cutler set up a short scoring run by Musso.

Cutler and Matty Wagner each caught touchdown passes from Schmidt in the second quarter — the latter coming after a Hebron turnover — and Will Greenwood ran for another score.

The Jesuit defense also looked sharp with multiple fourth-down stops in Ranger territory in the second half. The Hawks (0-1) scored their only points on a long touchdown pass from Braxton Baker to Case Holleron early in the second quarter.

The Rangers (1-0) will travel to face Rockwall next week in their final tuneup prior to the District 7-6A opener on Sept. 9 against Richardson Pearce.