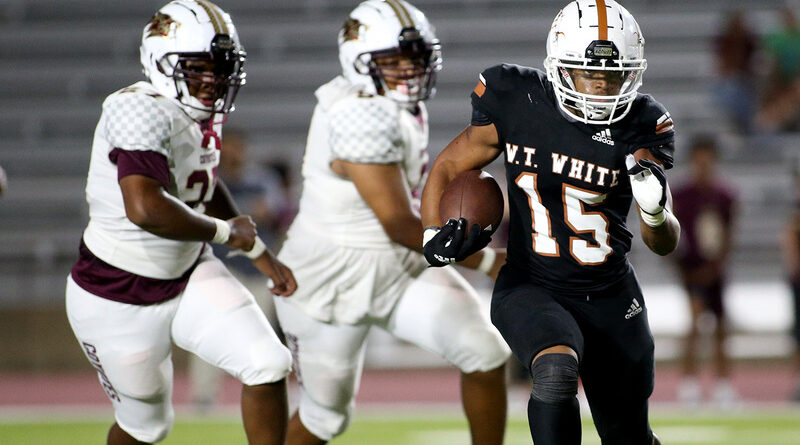 W.T. White started its season with a lopsided loss on Thursday. But recent history tells toe Longhorns and first-year head coach Kenchee Ross that there’s no reason to panic.

Frisco Heritage limited WTW to 130 yards of total offense in a 28-0 thumping at Loos Stadium. Last year, however, the Longhorns fell to Heritage by 41 points in the opener, then bounced back and posted their best season in two decades.

Still, after being shut out for the first time since 2019, WTW will have work to do in order to secure its third consecutive winning season — something the program hasn’t achieved since 1991 — and third straight playoff berth.

Devan Calvin threw for 261 yards and a touchdown and also ran for two scores for the Coyotes (1-0). Houston Brookshire and Bryce Gilchrist each surpassed 100 receiving yards.

WTW will look to get back on track on Sept. 2 at Waco, which is the first of two consecutive nondistrict road games.