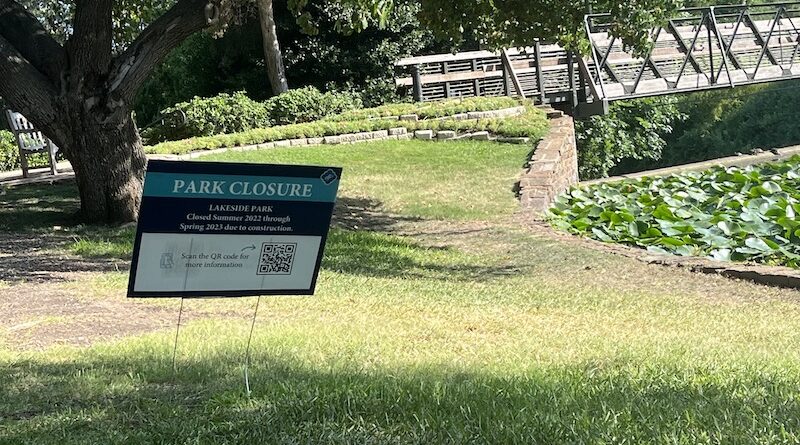 The project includes work on wastewater pipeline and roadway improvements from Armstrong Avenue to Beverly Drive, as well as landscape improvements to Lakeside Park.

The town of Highland Park and city of University Park partnered to split the costs of rehabilitating 3,400 linear feet of the Turtle Creek sanitary sewer interceptor line, the primary wastewater line for the town and city. The pipeline was originally built in the 1930s. The project will include the reconstruction of Lakeside Drive from Armstrong Avenue to Beverly Drive, along with some waterline improvements.

The town and city conducted a multi-sensor inspection (MSI) on the pipeline, and based on the data collected, the section along Lakeside Drive from Armstrong Avenue to Beverly Drive was identified as the first pipeline segment to be rehabilitated or replaced. Groundwater infiltration throughout the pipeline also caused settling and pavement failures within Lakeside Drive, necessitating the reconstruction.

The town and city selected the cured-in-place pipe (CIPP) rehabilitation for the existing main, in which a contractor inserts a liner into the existing pipe. The new liner cures inside the host pipe.

The project is expected to cost around $5 million, with that split between the city and town.

Construction is anticipated to be completed in late spring 2023, pending supply shortages and weather.

Based on engineering assessments, the sections of line north of Beverly Drive and south of Armstrong Avenue will be considered for improvements in the future.