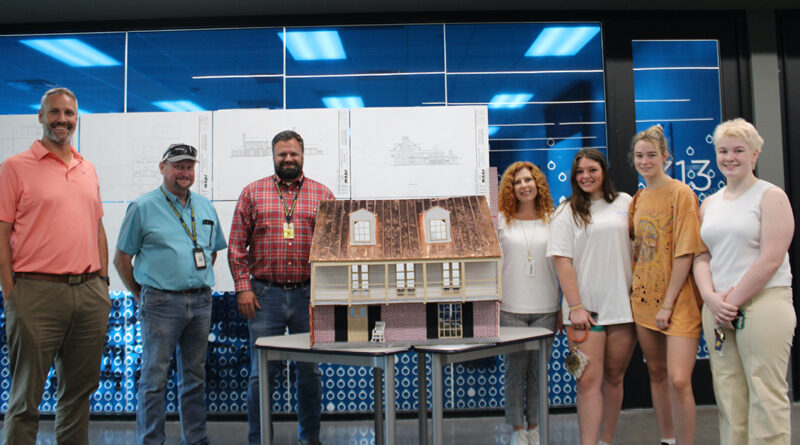 Visitors to NorthPark Center for Parade of Playhouses will see “the most important house in Texas” in replica form.

The Elbert Williams house, dubbed “the most important house in Texas,” is a Texas Regional-style home at 3805 McFarlin Boulevard designed by architect David R. Williams and built in 1933 for then University Park Mayor Elbert Williams. Jan and Trevor Rees-Jones bought the house to preserve it in December 2020.

Students in Yvette Hightower’s High-land Park High School Moody Advanced Professional Studies (MAPS) environmental architecture class designed the replica as a final project. With help from Preservation Park Cities, they reviewed the original plans for the house, re-drew them in AutoCAD computer-aided design and drafting software, and built a model of a portion of the historic home.

“(The project) required them to interpret 100-year-old construction drawings, which was a huge task, and they really rose to the occasion,” said environmental architecture instructor Yvette Hightower. “Thirty-five students drew the 35 drawings, and they all 35 built parts of the model, so it was a giant collaboration.”

Larry Good, co-founder of the design firm GFF and author of the book A House for Texas about the home, also spoke to the students about its significance.

Environmental architecture student Avery Allday said she and classmates Meg Peters and Caroline Annett had likely driven by the house daily. “I never would have thought it had all these cool details,” she said.

Annett contrasted new homes with ones like the Elbert Williams house, where designers had to allow for good ventilation before air conditioning became widely used.

“With the technology that we’ve developed as a society, you don’t have to have the intricately thought-out porches,” Annett said. “When you have the ability to just add an AC unit, it’s just a flat white wall. It’s not as interesting to look at or live in.”

The students are working with, among others, Brett Holzle of Stantec Architecture and Patrick Surratt of Lee Lewis Construction. Holzle and Surratt have also worked on design and construction projects across the school district.

“It really speaks to the incredible linkage between the community and the school,” Hol-zle said.

Rosanne Lewis of Dallas CASA described the Elbert Williams house-inspired entry as a unique addition to the Parade of Playhouses.

“I think it’s fantastic that we have a play-house we get to (raffle off) that’s a replica of a beautiful, custom historic home,” Lewis said.

The signature fundraiser for Dallas CASA, a nonprofit that advocates for abused and neglected children, features elaborate playhouses designed, built, and donated for the raffle.

“It was just a wonderful culmination of everything that Ms. Hightower had been teaching them in class with a lot of community partnerships,” added Polly McKei-then, business development administrator for the MAPS program and former co-pres-ident of Preservation Park Cities. “We try in the MAPS program to afford the students a chance to give back to the community with a philanthropy project, and this is certainly checking that box for the environmental architecture class.” 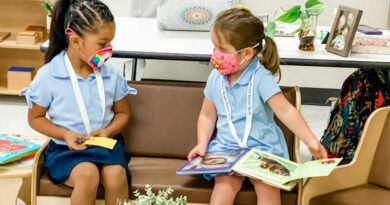