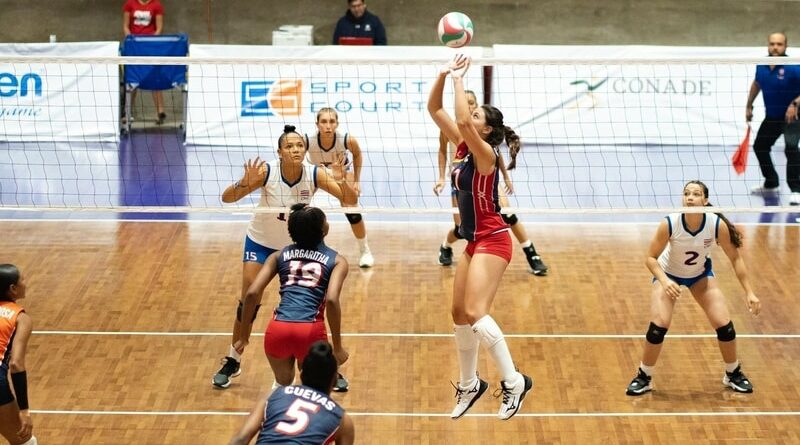 Reynolds, a setter at the University of Arkansas at Little Rock, played in four matches at the tournament with 15 kills, nine digs, and four assists. She was a standout in matches against Puerto Rico and Costa Rica.

With her mother a native Dominican, Reynolds holds dual citizenship. She arrived in Mexico on May 4 for training and eventually earned one of 12 roster spots.

“I was asked to play out of the 20 girls invited to training which was pretty cool,” said Reynolds, who graduated from Shelton School in Dallas. “The tournament was really fun, and I enjoyed being able to watch USA play because I knew a lot of the girls on that team.”

The United States won the tournament by defeating Argentina in the championship match.