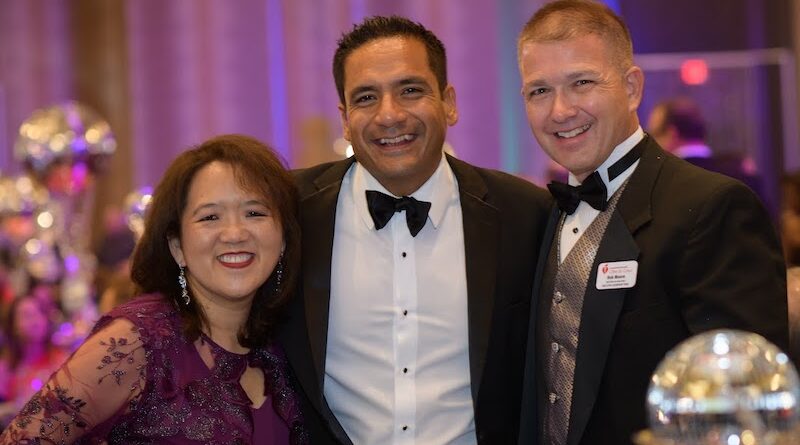 Winemakers, wine connoisseurs, celebrity chefs, and foodies came together for the sold-out 2022 Dallas Côtes du Coeur at the Omni Dallas Hotel. The event raised a record $5.5 million for the American Heart Association, the world’s leading nonprofit organization focused on heart and brain health for all.

Over the course of its 31-year history, the event has attracted more than 27,000 attendees and has raised more than $50 million.

“We know Côtes du Coeur is a night to enjoy fine wine and food, but at its core, this night is about raising funds to further heart research and education while celebrating all those individuals that strive to promote heart health for all of us,” said Cotes du Coeur chairs, Patti and Joe Brayton. “Each and every year we continue to be touched by the generosity of the Dallas community and their willingness to join alongside us in the fight against heart disease and stroke.”

Celebrating its 31st year with a disco theme of “Stayin’ Alive,” the black-tie event drew over 1,000 guests to the Omni Dallas Hotel. All enjoyed an evening of gourmet fare with the largest wine auction in the Southwest.

Each year, the event celebrates a survivor’s story and how the American Heart Association’s mission helped them live a longer life. This year, Jen and Kyle Riggs told the story of how Kyle was saved after he collapsed in a store by someone who knew CPR and took action.

Guests dined on food prepared by Dallas’ most renowned chefs and enjoyed wine pairings from more than 36 acclaimed wineries from around the world.

Throughout the night guests took part in a silent auction featuring more than 700 bottles of wine, including rare wines, hard-to-find vintages, and exclusive wine trips, including a live auction featuring the evening’s most luxurious packages and experiences. Guests also enjoyed the AT&T After Party with entertainment provided by Professor D as the “Stayin’ Alive” disco theme continued.

Anne Chow, CEO of AT&T Business, and her husband, Bob Moore, were named co-chairs of the 2023 Cotes du Coeur Gala.

Chow, who recently announced her upcoming retirement, is CEO of AT&T Business. She is the first woman to hold this position and first woman of color CEO in AT&T’s history. Together, they will plan the events and programs for Cotes du Coeur 2023.

“We are honored to serve as co-chairs of the 2023 Cotes du Coeur gala and look forward to working toward another record-breaking year, making a positive impact together. It is incredibly inspiring to see the community come together and support a cause that is near and dear to our hearts and the hearts of so many across the country,” said Chow.