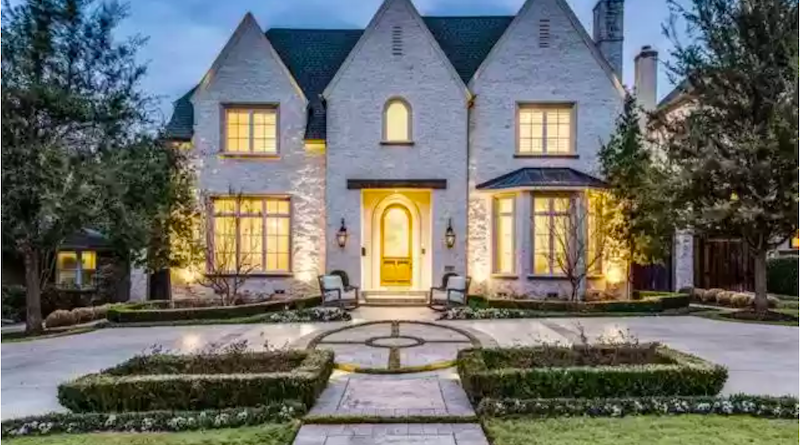 According to tax records, the couple bought the house at 3704 Wentwood Drive in April. The home was also previously owned by former Dallas Stars player Shawn Horcoff from 2013 to 2014, tax records show.

The five-bedroom home with five bathrooms and two half baths in 6,068 square feet is described as “French transitional.” It was built in 2012.

Design details like stone accents and wood beams are alongside classic elements like arched doorways and fireplaces.

The home’s living room and dining room are on opposite sides of the foyer and the living room boasts large windows and a fireplace. A butler’s pantry connected to the dining room allows for additional storage.

A spacious kitchen includes white cabinetry and countertops with stainless steel appliances and a large island, with a smaller dining area between the kitchen and family room.

The primary suite on the second floor is spacious enough for a sitting area and the en suite bathroom has dual sinks, a jetted bathtub, and a shower.

The home is on three levels and has four additional bedrooms – each with its own en suite bathroom – as well as a game room and an exercise room.

Outside, the home boasts a pool and spa, and an outdoor kitchen area with a grill.