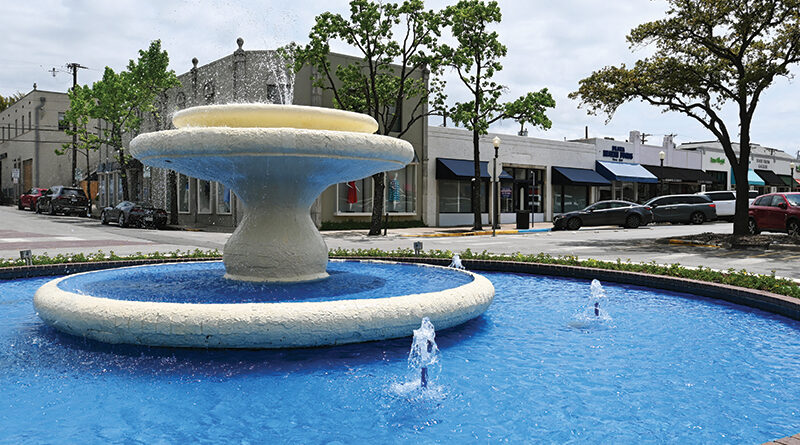 Snider Plaza, a shopping center at Hillcrest Road and Lovers Lane with an array of popular dining spots, charming boutiques, and long-time shops, including Lane Florist, serves as a “town square” of sorts.

But to find the University Park Public Library, visit the Plaza at Preston Center shopping center at Preston Road and Northwest Highway. It also boasts high-end boutiques and trendy restaurants.

University Park began as a cluster of homes surrounding SMU, founded in then-rural Dallas County in 1915. The university provided utility services until it couldn’t support the growing population. After Highland Park and Dallas rejected annexation requests, residents voted to incorporate as a city in 1924, according to uptexas.org.

Open the holidays on the Sunday before Thanksgiving at Snider Plaza, where the Rotary Club of Park Cities and the city of University Park host a Tree Lighting celebration featuring carols, dancing, vendors, and activities near the plaza’s fountain.

GET TO KNOW YOUR PARKS (uptexas.org)

• Davis Park, 4519 Drane Drive – a playground designed for ages 3 to 8, a walking/jogging trail, and picnic tables.

• Elena’s Children’s Park, 2900 Hanover St. – dedicated to families who have lost a child.