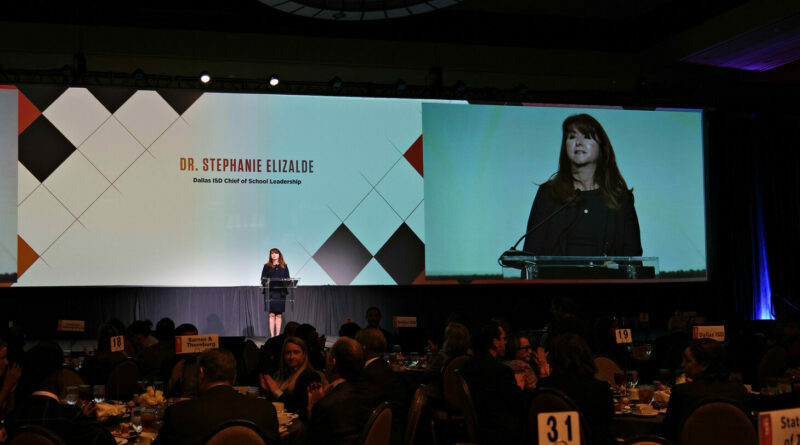 The state requires a 21-day review period after naming a finalist before hiring a new superintendent. If confirmed, Elizalde would be the district’s second female superintendent.

Elizalde left the district to take the reins of Austin ISD in 2020. Prior to that, she was named Dallas ISD’s chief of school leadership in 2015, and was the district’s STEM coordinator before that.

A third-generation educator, her career also includes stints as a teacher and administrator in schools in San Antonio ISD and Southwest ISD.

Her application for the role of Austin ISD’s superintendent included a quote attributed to Hinojosa: “In my 25 years as superintendent, Dr. Stephanie Elizalde has been the most innovative and effective problem-solver of any direct report period.”

Her recognitions include being named one of four Greater Dallas Hispanic Chamber of Commerce Outstanding Hispanics in Education for 2014 and a recognition in 2016 by The Dallas Morning News as a Point Person for her work in the community. She was awarded the UT-Austin Dr. Nolan Estes Leadership Ascension Award four times, most recently in 2017, and earned a Presidential Medal from Ana G. Mendez University.

The largest school district in North Texas began its search for a new superintendent after Michael Hinojosa announced in January that he would resign, capping a 13-year tenure in Dallas. Hinojosa will remain on staff as superintendent emeritus through December to help ensure a smooth transition.