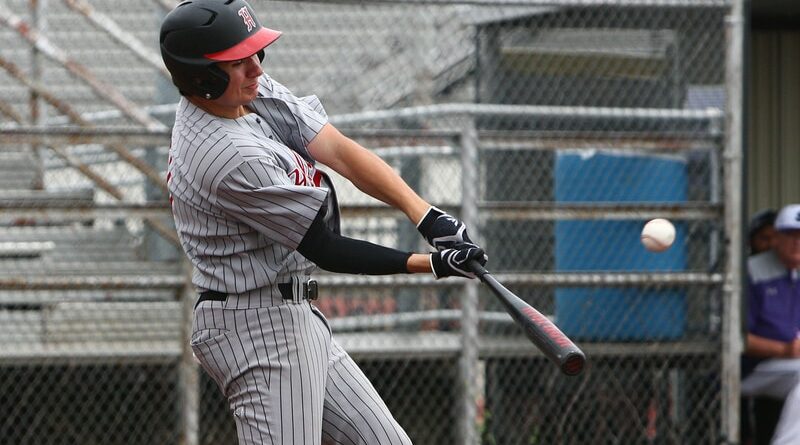 Hillcrest advanced to the second round of the playoffs for the fifth straight season with a win over Sunset on Saturday. (PHOTO: Chris McGathey)
Preston Hollow Sports
May 8, 2022May 9, 2022 Todd Jorgenson 0 Comments

After winning a nailbiter to start its postseason baseball run, Hillcrest sealed another first-round playoff victory in decisive fashion.

The Panthers cruised to an 8-1 win over Sunset to complete a sweep in the Class 5A Region II bi-district round on Saturday at Higgins Field.

Hillcrest (20-12), which won the series opener 5-4 on Friday in Carrollton, earned its fifth consecutive series win in the first round of the playoffs — going a combined 10-0 in those matchups.

The Panthers will advance to meet Frisco Lone Star in a best-of-three series beginning on Thursday. The Rangers (20-9), who won the regular-season title in District 9-5A, needed three games to put away Prosper Rock Hill over the weekend.

In Class 6A, Jesuit made quick work of Arlington with a two-game sweep in the Region I bi-district round, ending the series with an 8-1 win on Friday in Arlington.

The Rangers (23-7) have won eight of their last nine games heading into an area-round showdown against Coppell (23-6), which ousted Jesuit in the same round a year ago — following a first-round sweep of Arlington. The Cowboys toppled McKinney Boyd in two games in their playoff opener.

In fact, Jesuit has been eliminated in the second round every year since winning the 6A state title in 2016.