SKULDUGGERY OF THE WEEK: CLEARLY DE-PARTED

A trip to Lowe’s Home Improvement on Inwood Road near Forest Lane left a man’s vehicle missing a catalytic converter before 5:22 p.m. April 12

Burglarized before 2:26 p.m.: a man’s vehicle at NorthPark Center.

Stolen before 4:01 p.m.: a man’s vehicle at NorthPark Center.

A vandal damaged a woman’s vehicle in the 11200 block of Northgate Circle before 4:34 p.m.

Burglarized before 6:47 p.m.: a woman’s vehicle at Inwood Village.

Reported at 7:21 a.m.: A crook had just taken a man’s vehicle from the Texaco Dallas station on Preston Road at LBJ Freeway.

Hot & Pot. Recovered at 3:10 p.m. at NorthPark Center: a vehicle stolen in Amarillo and marijuana.

Reported at 3:50 p.m.: A reckless and irresponsible motorist didn’t stick around to take responsibility after striking a woman’s vehicle in the parking lot of the Summer Tree Center on Inwood Road.

Overnight before 8:04 a.m., a burglar shattered a window to steal contents from a vehicle at apartments in the 3800 block of West Northwest Highway.

A violent vandal threw a brick before 2:34 p.m., causing damage at a couple’s home in the 7000 block of Royal Lane.

Reported at 3:31 p.m.: The April 14 theft of a catalytic converter from a man’s Prius at NorthPark Center.

What’s a prowler call an unlocked garage? A garage sale where everything is free! Before 8:06 p.m., an opportunistic thief made off with a man’s stuff from a home in the 6200 block of Royal Lane.

Before 6:21 p.m. at NorthPark Center, a robber pointed a gun to steal from a man.

Stolen before 7:57 p.m.: a man’s vehicle at NorthPark Center.

Dispatched at 1:29 p.m.: Officers responded to shots fired at Preston Hollow Presbyterian Church on Preston Road and Walnut Hill Lane. Police say a security guard was cut by glass during the incident but was not shot. 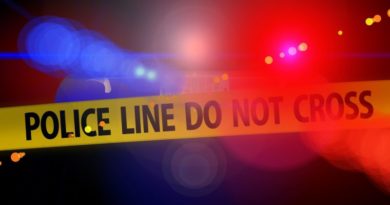