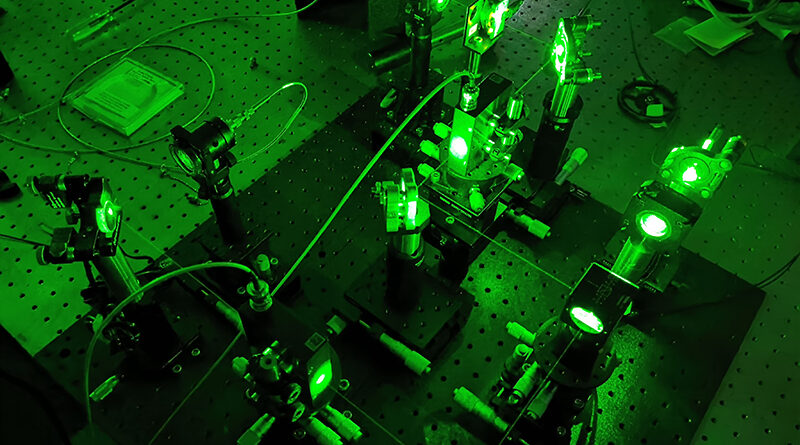 Can’t hide from these cameras

Researchers at SMU and Northwestern University are working on Synthetic Wavelength Holography, a technology that uses cameras to record high-resolution images and holograms of objects beyond standard lines of sight.

Imagine seeing around a corner without having to go over and look.

It works by computationally transforming real-world surfaces into imaging portals to then indirectly illuminate hidden objects and intercept the tiny fraction of light scattered by them.

“Our current sensor prototypes use visible (or invisible) infrared light, but the principle is universal and could be extended to other wavelengths,” said Northwestern’s Florian Willomitzer, who’s working with SMU’s Prasanna Rangarajan on the research. “For example, the same method could be applied to radio waves for space exploration or underwater acoustic imaging.”

They hope to develop Non-Line of Site (NLoS) cameras that are compact, fast, and easy to use.

Such cameras could allow users to get images through fog and use facial identification around corners and barriers. Applications could include early-warning navigation systems for vehicles and industrial inspection in tightly confined and potentially dangerous spaces and medical imaging.

Kelvin and Jessica Beachum lent 10 paintings to SMU’s Hamon Arts Library for an exhibit open through May 22 in Mildred Hawn Gallery.

“We are sharing these pieces from our collection to bring recognition to the artists,” said SMU graduate Kelvin Beachum, an offensive tackle for the Arizona Cardinals. “We believe that their brilliant work and shared insights will start a conversation and bring people together in a new way.”

“Narrative as Reality: A World Reimagined/ Selections from the Jessica and Kelvin Beachum Family Collection” showcases work from several artists, including Dominic Chambers, Ryan Cosbert, and Robert Hodge, who also are engaging with students in studio art and U.S. civil rights history classes.

Elizabeth G. Loboa, SMU’s provost and vice president for academic affairs, and Zhong Lu, the Shuler-Foscue Chair in SMU’s Roy M. Huffington Department of Earth Sciences, have been named fellows of the American Association for the Advancement of Science (AAAS).

“The AAAS recognition from their peers is well deserved, and SMU is fortunate to benefit from their expertise and commitment to excellence in teaching, research, and scientific discovery,” SMU President R. Gerald Turner said.

The AAAS, the world’s largest general scientific society and publisher of the journal Science, is recognizing the scientific and social achievements of 564 individuals across 24 scientific disciplines.

Honored by King of Spain

“Dr. Turner’s unwavering support of the Meadows Museum and steadfast support of Spain through his backing of numerous Spanish programs has enabled SMU to become a beacon for the promotion of Spanish culture in America,” said Janet Kafka, honorary consul for Dallas-Fort Worth.

Here’s Looking at You, Record Breaker 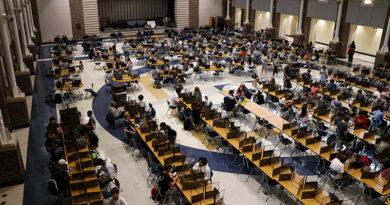 Senior Returns to Much Different HPHS