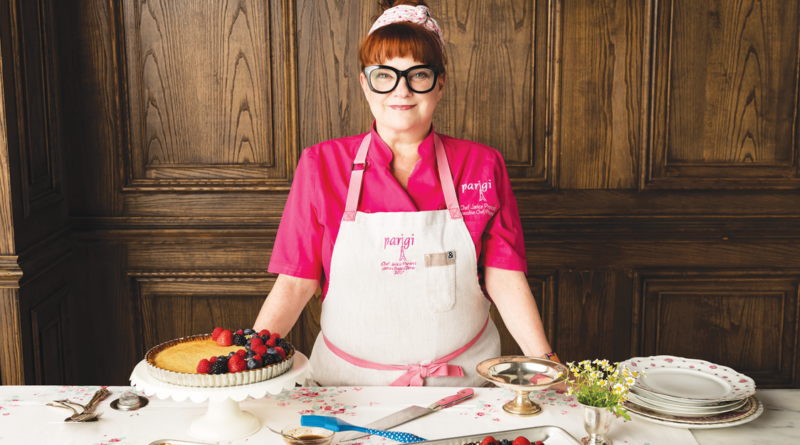 If you can’t make it to Paris in April, the next best thing might just be to visit Parigi, the Oak Lawn Avenue restaurant named after the City of Light. Parigi, the Italian word for Paris, has been a Dallas dining institution since 1984, making it one of the more enduring upscale restaurants in Dallas, alongside Café Pacific (1980) and Dakota’s Steakhouse (1984).

Chef Andreé Falls opened it after returning from living and studying in Paris. Falls, now living in Santa Fe where she owns and operates Sage Bakehouse, sold the restaurant in 1995 to owners who ended up selling Parigi to Janice Provost and her husband of 27 years, Roger, whom she met at the Cocky Crow Ice House on Knox Street, now home to The RealReal.

Originally from Houston, Janice went to Stephen F. Austin State University where she was a member of Tri Delta sorority. Provost left a successful career in telecom after more than a decade to pursue a culinary career. “I sold long distance and point-to-point” communication services she said. But, despite her success at selling, she wasn’t satisfied. “I couldn’t deliver what I sold,” referring to the frequent disconnect that occurs between sales and technology implementation. She left her job and enrolled in the culinary program at El Centro, now Dallas College. She also worked at the fine food, wine and spirits store Marty’s which was, serendipitously, across the street from Parigi.

Janice started working at Parigi in 1998 as a prep cook, an entry-level kitchen position.

When she took over Parigi, the Executive Chef was Abraham Salum who joined Parigi in February 2001 and left to open his eponymous restaurant, Salum, in January 2005. The two remain dear friends to this day, with Abri telling me, “Janice is a loving generous soul. She would do anything for anyone. We have been friends since 2001 and I feel like she is family. We respect each other as chefs and bounce ideas and opinions off each other. During the pandemic we spoke regularly while trying to navigate the difficult situation and I think it made us both feel more at ease with our decisions, which in many cases were practically the same.”

Parigi is, at its heart, a neighborhood bistro. “It belongs to the neighborhood,” Janice told me.  In fact, so much so that Parigi was awarded a James Beard Foundation (COVID) Relief Fund Grant that select deep-rooted community restaurants received to help prevent closure. Though it wasn’t meant to be, some say it’s karma for the many different charitable causes that Janice and Parigi support.  From Cotes du Coeur to Zoo-to-Do, Janice’s signature hot pink chef’s jacket and fiery red hair stand out in the crowds at Dallas’ top food events.

Janice is sweet. She doesn’t swear, she doesn’t speak poorly of anyone, she has a beautiful way with words that soften bad news and celebrate joy. I know this because we served together on the board of Les Dames d’Escoffier where she was the Ambassador of Caring and her duty was to inform the chapter of the frequent sad news of the day during 2020. Janice’s words were a balm for the repeated stings that year.

Janice places a priority of having a positive, productive, happy workplace and is deliberate about promoting staff from within.  Parigi’s culinary team is led by Executive Chef Daniel Munoz and is comprised of men and women who have been there for more than a decade. She credits them with the excellence and consistency of the food over the years.  She dotes on her Front of House staff as well, including Robert and Daryl Ann who have been there 19 and 12 years, respectively. “They are a big part of the reason the restaurant is so neighborhood-y,” she says.  Janice’s positive nature certainly contributes to a lower than industry average staff turnover and the continued accolades and awards Parigi earns year after year.

So, what about the food? Chef Munoz and his team create immaculately prepared French Bistro fare such as Boeuf Bourguignon, Veal Milanese, and Pomme Frites. Flavors for the risotto, pasta, burger, soup, pizza, fish, deviled eggs, and dessert change daily, which suits a couple of regular guests who, with their pooch Peaches, dine there four to five times a week. Lunchtime favorites include the Deconstructed California Roll and the award-winning Caesar Salad. If I could only ever order one thing on the Parigi menu, it would be the Chicken au Poivre with its juicy, brined boneless chicken breast and a silky sauce made with butter, cognac, cream, and peppercorns, and is served over pureed cauliflower.  It’s glorious.

Top sellers include the deviled eggs (she serves almost 1,600 of them a month) and the Chocolate Glob, a 1984 original menu item that was, like many of the world’s best inventions, a mistake. It was created when a pan of brownies was prematurely removed from the oven and the hot silken chocolate mess won the heart and mind of the displeased chef who added it to the menu.

Janice’s signature pink graces the restaurant throughout, most notably in the illuminated XOXO artwork by Parigi’s Artist in Residence, Shane Pennington, who, along with employee artists, has work lining the milky white walls of the restaurant.  The sleek banquettes and enrobed tables provide the perfect slate for the clientele and the artful plates that reach the tables.

Over the years, she’s built up an impressive list of clients who invite her to cater events in their homes or in select venues. Birthday, holidays, and everydays are made better with the thoughtful approach to setting, ambiance, and food that Janice literally brings to the table.  It’s clearly her passion. I interviewed her at her nearby office which has been completely transformed into a cozy Paris pied-a-terre decorated with elegant chandeliers, velvet lounges, paintings of aristocrats and verdant landscapes, and long, tapered candles that recall an 18th century Parisian salon where conversations led to cultural movements.

Janice’s long-term dream is to own another pied-a-terre, one in Paris, her spiritual home. She is learning to speak French and has a nearly 700-day streak in the Duolingo app. In the meantime, she and her team will continue to be a place where diners can imagine themselves dining in St. Germaine, enjoying country paté beneath string lights, and enjoying a swath of the City of Light in our own backyard. 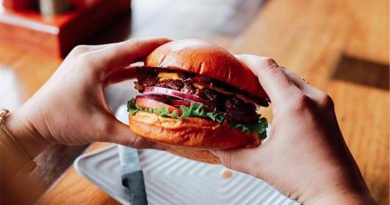 Don’t You Forget About Liberty Burger 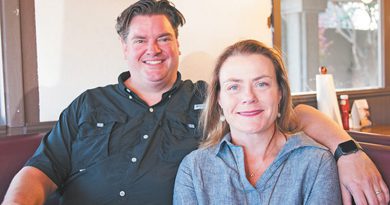