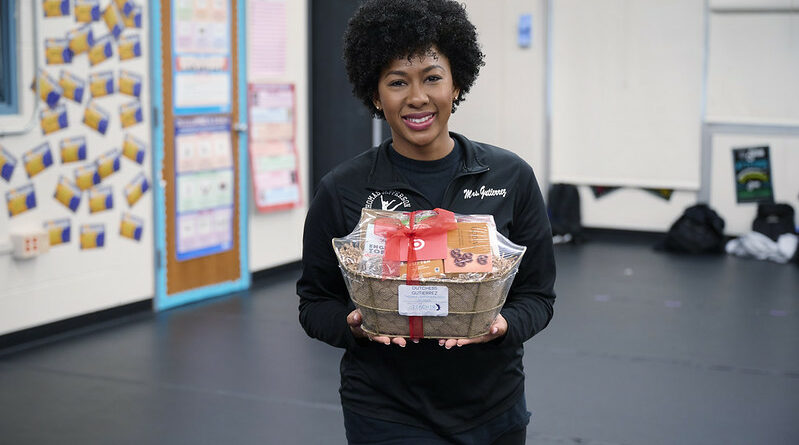 Twelve teachers were named as Dallas ISD’s teacher of the year finalists this year, and five are from the North Dallas area.

The district’s Human Capital Management department, along with School Leadership and Communication Services, made the announcement last week.

From this group, the district-wide Elementary, Secondary, and Choice/Magnet Teachers of the Year will be announced at the inaugural 2021-22 Dallas ISD Educator of the Year Awards, in Partnership with Dallas Education Foundation, sponsored by Reliant at the Statler Hotel on May 10.

Anais Childress of Hillcrest High School is a secondary school finalist. Childress teaches International Baccalaureate History and African American Studies at Hillcrest High School, and she is currently serving as an Assistant Principal intern. Childress holds a Bachelor of Arts in History and Secondary Education from North Park University in Chicago, Illinois, and she will earn her Master’s degree in Urban Educational Leadership from Southern Methodist University in May 2022. With five years of experience teaching in urban school districts in Chicago and Dallas, Childress became part of Dallas ISD’s founding cohort to offer African American Studies in high schools and prides herself on being a student advocate.

Dutchess Gutierrez of Thomas Jefferson High School serves as a dance teacher and is also a secondary school finalist. Born in Oklahoma City, her family relocated to Irving and she graduated from MacArthur High, where she found her love of dance. After graduating college, she returned to Dallas-Fort Worth and pursued a career in professional dance, earned her teaching certification, and has spent all eight of her years in education at Thomas Jefferson High School where she teaches Dance Arts and directs both the Liberty Belles Dance/Drill Team and the Thomas Jefferson Dance Company. Gutierrez has served in various roles including TEI campus expert and Senior Sponsor committee member while also expanding her impact as a Dallas ISD Drill Team Facilitator and Summer Dance Intensive site lead.

Natalia Rodriguez Perez of Dallas Hybrid Preparatory at Stephen J. Hay, is a choice/magnet school finalist. She is the founding math teacher and is a graduate of the University of Valladolid in Spain, receiving both her Bachelor’s and Master’s degrees in chemistry.   Prior to joining Dallas Hybrid, Rodriguez Perez served at L.O. Donald Elementary School as a math and science bilingual teacher where her students excelled in both subjects, far outpacing peers across the district.  In addition to teaching grade 4-6 mathematics, Rodriguez Perez also sponsors robotics classes and clubs,  including a female-led robotics team. As an inductee in the talkSTEM-If/Then Educational Fellowship, Rodriguez Perez participates with 25 other middle school women teachers in the Dallas area. This fellowship is designated to activate a culture shift among young girls to open their eyes to STEM careers and to seek to further advance women in science, technology, engineering, and math (STEM) by empowering current innovators and inspiring the next generation of pioneers.

Aaronda Smith of George Bannerman Dealey Montessori and Vanguard Academy is a Reading Language Arts Honors 8th grade instructor and a magnet/choice school finalist. A 16-year Dallas ISD veteran teacher, Smith has instructed middle and high school students at three institutions of learning in a variety of disciplines,  including reading, debate, strategies for success, literary genres, and creative writing. In 2015, Smith started Dealey Montessori’s Debate Program, and since then the team has consistently earned high marks and a plethora of awards.  She is a graduate of the University of Texas at Arlington with both a Bachelor of Arts degree in English and a Master of Arts degree in Education Curriculum and Instruction. Throughout her career, she has served in various leadership roles, including Campus Instructional Leadership Team member, Instructional Coach, Site-Based Decision Making team member, mentor teacher, English contact for school programs, and Global Awareness head for implementation of campus global studies.

Adriana Campos Low, a founding teacher of the Prestonwood Montessori at E.D. Walker is a proud alumna of the Dallas ISD. She became interested in bilingual education as a high school student at The School for the Talented and Gifted. A native Spanish speaker who struggled in an early exit bilingual program, she wondered if other language models could offer more support. This curiosity led her to complete a thesis in her senior year of high school titled, “The Promise of the Dual Language Program in Dallas ISD.” She continued this passion for bilingual education at Stanford University, where she was awarded a grant to conduct an independent research project on the social impact of dual-language programs, and graduated with a Bachelor of Arts in International Relations and Honors in Education. After receiving her Master of Arts in Education with Bilingual Authorization in Spanish from the Stanford Teacher Education Program in 2012, she began her career as a bilingual teacher in Redwood City, California. In 2016, she returned to Dallas ISD to teach at Stephen C. Foster, her former elementary school, with the hope of empowering students in her community to believe in themselves.