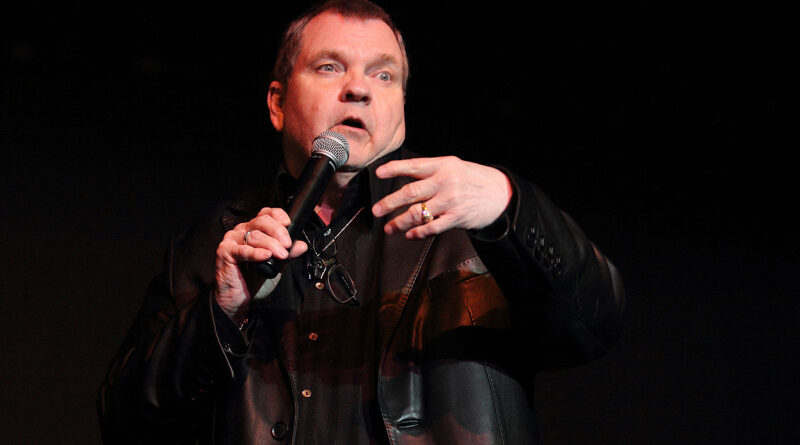 Michael Aday, better known to his fans as rock singer Meat Loaf, died Thursday, his family announced on Facebook. He was 74.

“Our hearts are broken to announce that the incomparable Meat Loaf passed away tonight surrounded by his wife Deborah, daughters Pearl and Amanda and close friends,” the message read. “We know how much he meant to so many of you and we truly appreciate all of the love and support as we move through this time of grief in losing such an inspiring artist and beautiful man.”

The singer attended Thomas Jefferson High School, where he first acted in school productions, he told students when he was inducted into the school’s Distinguished Alumni by the alumni association in 2015.

“My career started at this school, but it started in a very interesting way,” he recounted, explaining that his mother had remarked that he couldn’t sing — something he said changed when he got hit in the head with a shot-put ball.

He eventually found his way to acting class, and began acting in school productions — small parts at first, until a friend encouraged him to try out for the lead part in a musical, which he got.

You can read more from that day here.

“He was a chunky baby, and he claimed his father named him ‘Meat’ when he was just four days old,” Rolling Stone reported. “His father was also a violent alcoholic that regularly beat him, and things at school weren’t much better since his large size caused the kids to mercilessly tease him. Things turned around in high school when his stature proved to be an asset on the football team.”

His mother died when he was 18 after a lengthy battle with breast cancer. After a final attack from his father one night, he moved to Los Angeles to pursue a career in show business. His group, Meat Loaf Soul, opened for acts like fellow Texan Janis Joplin, but his big break came in 1968, when he was cast in the Broadway musical Hair, which led to a recording contract as half of the duo Stoney & Meatloaf.

The album of duets the singer and Shaun Murphy produced faltered, and he moved to New York, acting in the musical More Than You Deserve. Not long after, he got the role of Eddie in The Rocky Horror Picture Show in 1975. He released Bat Out of Hell in October 1977, having worked with composer Jim Steinman to create the songs.

That album was a success — especially after an appearance on Saturday Night Live — but the two didn’t work together on the subsequent albums, and they didn’t do as well.

The duo wouldn’t produce a follow-up together until 1993’s Bat Out of Hell II: Back Into Hell. The first single, “I Would Do Anything for Love (But I Won’t Do That), was number one on the charts, and Meat Loaf won a Best Solo Rock Vocal Performance Grammy that year.

He also appeared in more than 50 films and television shows.