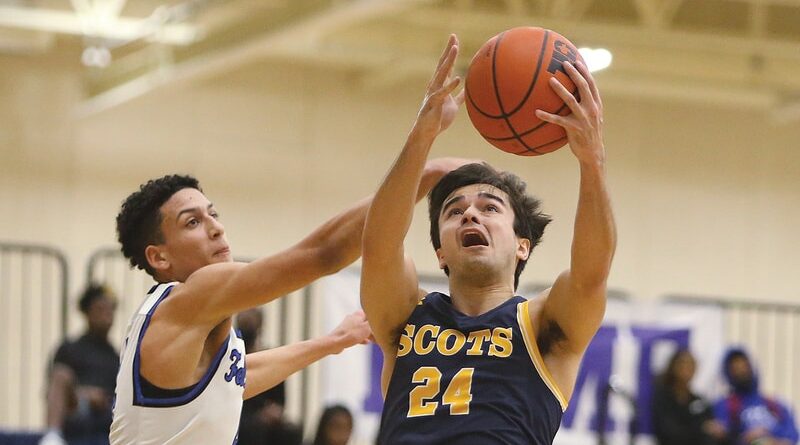 Alex Taylor and Highland Park will wrap up the first half of the District 13-5A schedule on Friday. (PHOTO: Chris McGathey)
Park Cities Sports
January 20, 2022January 22, 2022 Todd Jorgenson 0 Comments

With one of its most lopsided victories of the boys basketball season on Tuesday, Highland Park stretched its winning streak to six games overall.

After a 72-32 thrashing of Greenville, the Scots remained in a tie atop the District 13-5A standings as the league schedule approaches the midway point.

HP also turned in its second consecutive stellar defensive effort following a 57-30 road win over North Forney on Jan. 14. The Scots (18-4, 5-1) will return home to face Royse City on Friday.

That came four days after HP wrapped up the first half of the district slate with a hard-fought 50-39 victory over North Forney. Maddie Heiss led a balanced attack with 11 points for the Lady Scots, who will look to extend a five-game winning streak on Friday at Royse City.