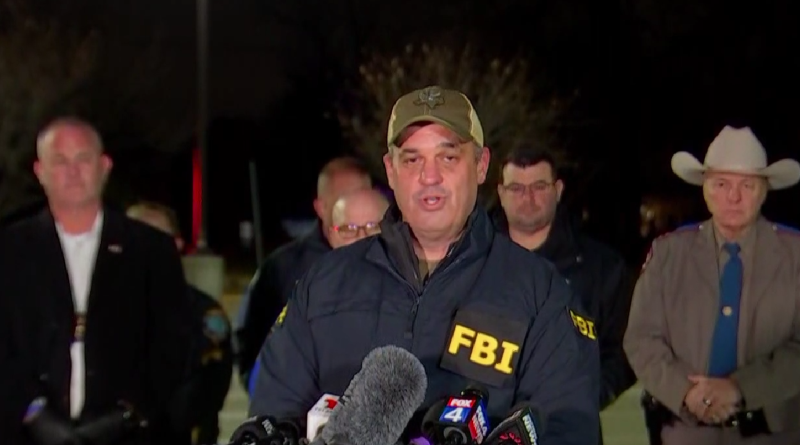 “Police are working with the Jewish Federation and our local, state, and federal partners to monitor any concerns or threats based on the situation in Colleyville,” Mayor Eric Johnson said.

“As Jews, the most targeted religious group in USA, we must always be aware of our safety,” said Dallas city council member Cara Mendelsohn in a statement. “Thank you DPD & Jewish Federation for the support & planning to help us live & pray safely.”

Mendelsohn said that she, along with council member Jaynie Schultz (who is also Jewish), was monitoring the situation with the Dallas Police Department.

“My heart goes out to the families of those held in Colleyville, and to the first responders working to protect them,” Schultz said. “May this tragedy be resolved peacefully with no one injured.”

With that heightened security, Dallas joined several other cities who chose to monitor the situation in Colleyville and add additional patrols around Jewish places of worship.

“The Federation’s Community Security Initiative has been working with local police and FBI from the start of the incident, offering assistance and support,” the Jewish Federation of Greater Dallas said. “The Federation immediately notified synagogues, Jewish organizations, and agencies within the Dallas-Fort Worth area, calling for them to activate security protocols.

“We continue to be in constant contact with the FBI and law enforcement personnel. We are also in communication with SCN – Secure Community Network Initiative of Jewish Federations of North America (JFNA).”

“If you’re preparing to worship with your church family tomorrow, please join me in praying for the rabbi and two others still being held hostage at Congregation Beth Israel, Colleyville,” said Park Cities Baptist Church pastor Jeff Warren. “Pray for their release without incident as authorities seek to end this terrifying situation.”

The Shabbot service was interrupted around 9 a.m. by an individual, and was viewed by thousands on live stream as word began to spread regarding the hostage situation before the feed was apparently cut.

During the live-streamed portion of the incident, an individual was heard demanding the release of Pakistani neuroscientist Aafia Siddiqui, who is serving an 86-year sentence in a federal prison in Fort Worth, for the attempted murder of two U.S. military officers while in custody in Afghanistan. She is believed to have ties to al-Qaeda, the Associated Press said.

One hostage was released at around 5 p.m. The remaining hostages, FBI Special Agent in Charge Matthew DeSarno told reporters at around 9 p.m., were safely released when law enforcement officials breached the synagogue. The hostage-taker is dead, he said, but declined to give more information about the individual.

And while DeSarno said the investigation would be ongoing and “global” in reach, conversations throughout the day with the hostage-taker didn’t leave officials thinking he was targeting the Jewish community specifically.

“We do believe from our engagement with him that he was singularly focused on one issue, and it was not specifically related to the Jewish community,” he said. “But we’re continuing to work to find motive.”