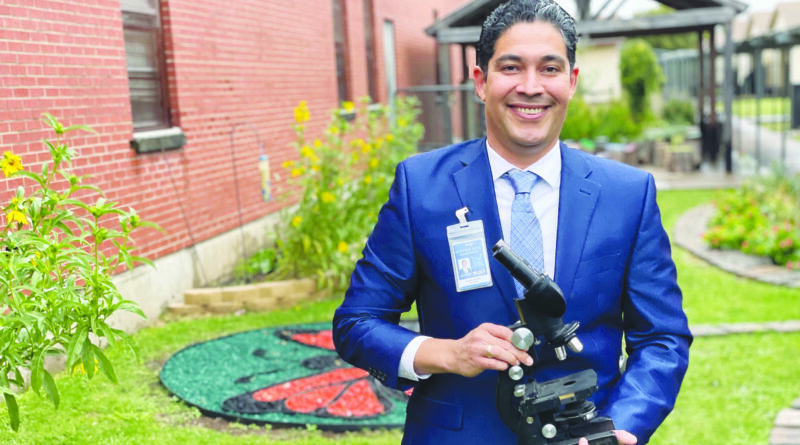 When looking for a principal for a new elementary school with a biomedical focus, you probably won’t get one more qualified than a family doctor who switched gears to become a public school educator.

Not long after Dallas ISD announced that it was collaborating with UT Southwestern Medical Center to create a pre-kindergarten through 8th-grade biomedical school in the city’s medical district, it named Robert Gonzalez as the principal.

The school will open in August 2022 as one of the first of its kind in the nation.

Before moving to Texas, Gonzalez was a family doctor in Colombia. After leaving due to increasing danger in his home country, he also pivoted to teaching through Dallas ISD’s alternative certification program.

“I believe this is the most important part — I have to teach them that mistakes help us learn. It’s a culture of failure to get to a discovery. Mistakes are celebrations for us.”

From there, he made his way up the ranks, eventually becoming principal at Stevens Park Elementary. When the biomedical school opportunity came, he was immediately — and enthusiastically — interested.

“I hope you can hear it in my voice,” he said about how excited for a new job tailored to his specific skill set. “When this came to life, and I applied, I thought back to my 3-year-old child. I want him to be exposed to what I’m planning for everybody else. My time and effort are out there because I love all the things that I am doing.”

His new school will initially work with children ages 3 and 4 through the first grade, eventually expanding to eighth grade.

The curriculum will surround students with STEAM opportunities by introducing them to real-world experiences in biomedical science through their daily lessons and innovative field trips.

But how do you approach a biomedical focus with children so young?

“Then we’ll start asking questions. Scientists, they ask questions all the time,” he said, adding that question-asking is something that is solidly in a preschooler’s wheelhouse. “I have a 3-year-old in my house, and they’re always asking questions. I’m training parents so they can listen to those questions and ask something else for them to find out the answer. Don’t just give the answer, but make sure they explore what the kid is thinking.”

After goal setting and question asking, Gonzalez said there is a third valuable mindset that he hopes to impart to his young scholars.

“I believe this is the most important part — I have to teach them that mistakes help us learn,” he said. “It’s a culture of failure to get to a discovery. Mistakes are celebrations for us.” 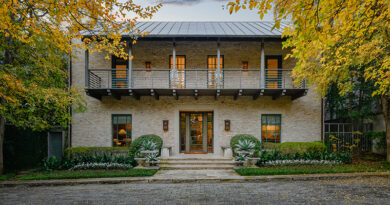 House of the Month: 3910 Shenandoah Street