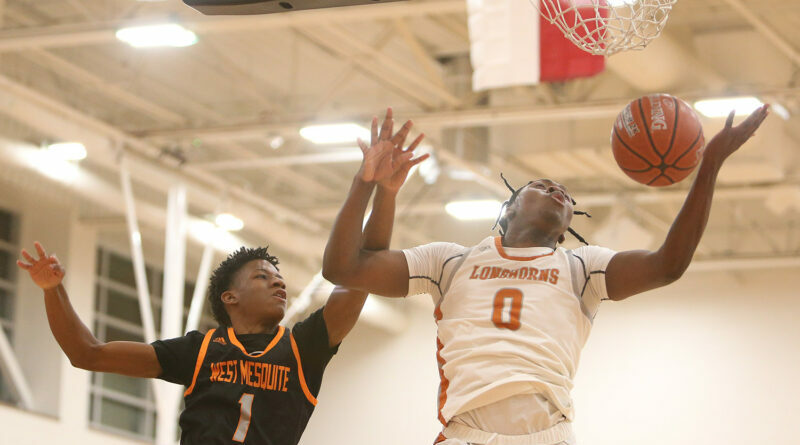 The resurgence in the W.T. White High School boys basketball program has come from looking forward rather than back.

That future-focused approach led the Longhorns to the Class 5A playoffs last season — a big step for a program that had languished near the bottom of its district. And this year, they are eager to turn more heads.

“There was a lot of people doubting that we would do anything,” said senior guard Jamar Bates, who has been in the program the past four years. “You didn’t hear about W.T. White going to the playoffs.”

WTW head coach Patrick Washington, who took over the program in 2020 after a long run of success at Woodrow Wilson High, emphasized team chemistry and sports psychology.

He introduced an annual retreat that included bonding activities. “Ten toes in” became the team’s motto.

The idea, he said, was building a growth mindset that raised expectations both on and off the court.

“Deep down, every child craves discipline. We try to preach that and don’t cut corners on that,” Washington said. “I’m excited about where we’re headed.”

A year ago, the Longhorns qualified for the playoffs by finishing fourth in District 11-5A, highlighted by an eight-game winning streak.

Even though that postseason appearance ended abruptly with a lopsided loss to perennial power Lancaster in the first round, it turned heads to the extent that more elite players wanted to join the team.

It gave Washington the incentive to boost WTW’s nondistrict schedule, including out-of-state opponents and top area tournaments. So, if the Longhorns return to the playoffs in February, they will be more prepared. The result was a promising 9-2 start.

“We needed to be tested early on and see where our mental focus was,” Washington said. “Can we carry over what we’ve been doing in practice?”

WTW is led by a versatile lineup including Dre Cole, Raul Nieves, Charles Fofanah, and P.J. Washington, the coach’s son.

Bates said the returnees are eager to show that last year wasn’t a fluke, and they are setting the foundation for long-term success.

“It’s been a change of mentality. It’s a different level of basketball.” Bates said. “It’s been a huge change of trying to adapt to a new system. Now we can go anywhere with this team.”