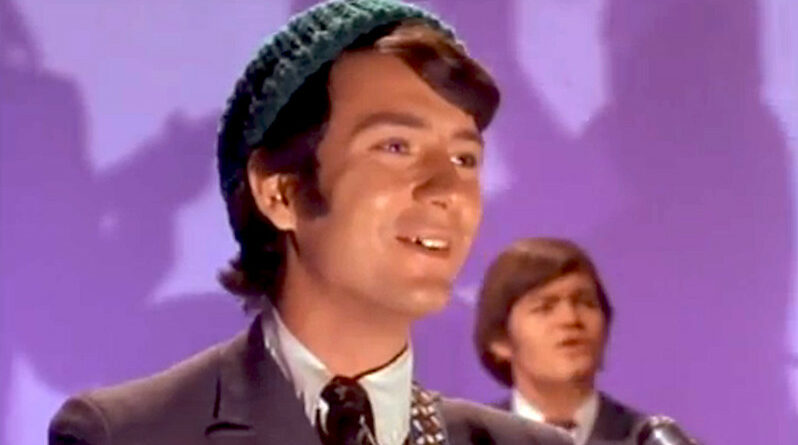 Michael Nesmith, singer and songwriter for the ‘60s group The Monkees (and co-star of the show with the same name) died Friday. He was 78.

“With infinite love we announce that Michael Nesmith has passed away this morning in his home, surrounded by family, peacefully and of natural causes,” his family said in a statement to Rolling Stone magazine. “We ask that you respect our privacy at this time and we thank you for the love and light that all of you have shown him and us.”

“I’m so grateful that we could spend the last couple of months together doing what we loved best — singing, laughing, and doing shtick,” he said in a tribute on Twitter.

“It is with deep sadness that I mark the passing of Michael Nesmith. We shared many travels and projects together over the course of 30 years, which culminated in a Monkees farewell tour that wrapped up only a few weeks ago,” said Sandoval. “That tour was a true blessing for so many. And in the end I know that Michael was at peace with his legacy which included songwriting, producing, acting, direction and so many innovative ideas and concepts. I am positive the brilliance he captured will resonate and offer the love and light towards which he always moved.”

Nesmith was born in Houston in 1942. He and his mother moved to Dallas, where she took temporary jobs before becoming an executive secretary at Texas Bank and Trust. When he was 13, she invented Liquid Paper, and built a multi-million dollar corporation that she eventually sold to Gillette in 1979 for $48 million.

In Dallas, Nesmith attended Thomas Jefferson High School, where he participated in choir and drama, but didn’t graduate, opting to enlist in the Air Force in 1960 instead. He later obtained a GED, and was honorably discharged in 1962.

He moved to Los Angeles and began singing in folk clubs, and eventually was told about auditions for a new TV series called The Monkees.

“We were kids with our own taste in music and were happier performing songs we liked – and/or wrote – than songs that were handed to us,” Nesmith told the Rolling Stone in 2012. “It made for a better performance. It was more fun. That this became a bone of contention seemed strange to me, and I think to some extent to each of us — sort of “What’s the big deal, why won’t you let us play the songs we are singing?”

He formed the multimedia company Pacific Arts in the 70s. In addition to producing Nickelodeon’s “PopClips” (which planted a seed for MTV), the company eventually went on to produce movies, and distributed PBS’s home videos, including Ken Burns’ documentary series The Civil War.

In later years, he would periodically join his bandmates in reunions, and wrote a memoir, Infinite Tuesday, in 2017.

His final show was last month, when he performed with Dolenz at Los Angeles’ Greek Theatre. They were slated to perform in a 2022 cruise as well.