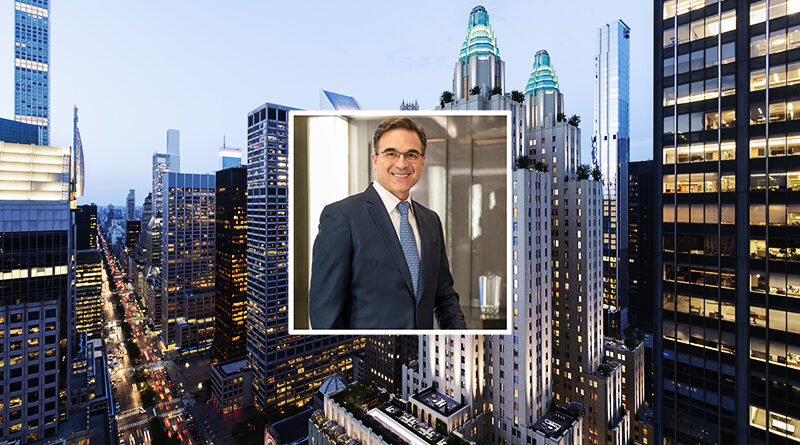 Growing up among the ivy-clad colonials and cross-gabled Tudors of University Park seems a far cry from Manhattan’s metropolitan hustle and high-rise culture.

Even at our busiest, during the early autumn openers for SMU football or the late nights on Knox Street, there seems a clear difference between the pace of Park Cities and Park Avenue.

For one Highland Park High alumnus, both worlds serve to bookend a fascinating journey that began from his earliest days growing up in Dallas and led him to a fast-paced career selling luxury real estate within the Walldorf Astoria.

Meet Dan Tubb, a former defensive back for the Highland Park Scots and former sportswriter for this very publication.

“My main focus back then was to start for the Highland Park Scots,” he recalled.

Tubb has a lot of great memories growing up in the community.

“I loved growing up here,” he said. “It’s an incredible foundation for doing just about anything in life.”

After graduating from Highland Park, Tubb attended the University of Texas in Austin. He was highly involved in youth ministry and even had plans to attend seminary after getting his degree in psychology. Then, his life took a different turn.

“I had a roommate who convinced me to sing,” he said. “We used to sing around the piano at my fraternity, and he said, ‘Dan, you’re really good.’”

Shortly after, Tubb joined the Longhorn Singers at UT and “caught the bug,” as he calls it. He did off-Broadway productions and finally decided to take his talents to the mecca of musical theater. With a full scholarship to the American Musical and Dramatic Academy, he landed in New York City.

I loved growing up here. It’s an incredible foundation for doing just about anything in life.

For years, Tubb has lived and worked in NYC. He’s held residence everywhere from Hell’s Kitchen to Washington Heights. He’s lived in four-floor walk-ups with six roommates and now lives in New Jersey with his family.

With so many transitions, he found a knack for house hunting. When he learned he could make money doing it, he was sold. He walked into a Century 21 office one day and never looked back.

Cut to our current year, and Dan is still at it. He’s worked with everyone from Bon Jovi to Samuel L. Jackson and earned a starring role in the story of the Waldorf Astoria as the senior director of sales.

Having just celebrated its 90th anniversary in September, The Towers of the Waldorf Astoria are set for a new chapter to be penned with help from our own Highland Park alumnus.

“With 375 residences, this will be the first time people have an opportunity to own in this historic space,” Tubb said. “I’m thrilled to be a part of the journey.”

Of course, with former residents like Harry Truman and Elizabeth Taylor, Tubb is among great company on this ride.

Fall-ish Fun For The Family

Malouf Mansion is Untouchable in Bankruptcy