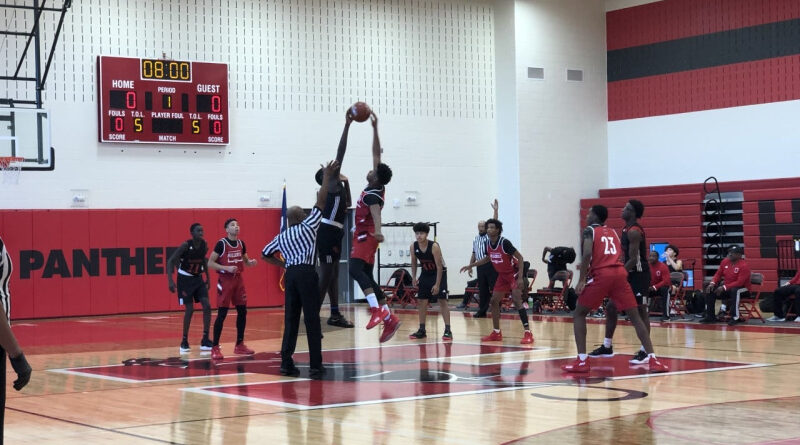 Hillcrest boys head into district play Friday, and coach Kelan Jones says his team is ready — and he’s encouraged by many of the wins they have under their belts already.

Our phone chat Tuesday with Jones was to get details on a new effort that is the first of its kind for high school athletes (you can read all about it in our January issue), but while we had him on the phone, we couldn’t help but ask for his take on the season so far.

“I’m very inspired based on what we have — I’m excited,” he said. “I think we have a good group of young players and veteran senior leadership as well.”

Jones was named head basketball coach for the program in May after stints as an assistant coach with Garland Lakeview and girls head coach at South Oak Cliff.

So far, the squad is 5-4 for the season, pulling down wins against teams like Lincoln High, Mesquite, and Episcopal School of Dallas.

“If you ask me, I think the kids have done a great job — a tremendous job — with the expectations of the program, which are a little bit different from what they were used to,” Jones said. “I think they’ve done a good job of making adjustments — and we’re still adjusting. We’ve got a learning curve, though, and it will be fast. But we’ve gotten some big wins — we beat a number seven team in state in Lincoln High School. We beat Episcopal School of Dallas.

“We played very competitively, and I think we responded in a manner which is expected, but I still have bigger goals,” he added. “I have very high expectations, but I think we’re going to be a very good team in the end.

“I’m looking forward to the challenge,” he said. “I think we will be in the running for winning a district championship. The future is bright, but as I told the boys, my future is right now, so I’m trying to win right now — I have very high expectations. I think we’re in the right direction and we will continue to work, continue to push, and we’ll continue to grow and just do the things that we know need to be done and build upon the little things.”

Hillcrest faces Creekview at home Friday at 8 p.m. to start district play. It will also be alumni night.