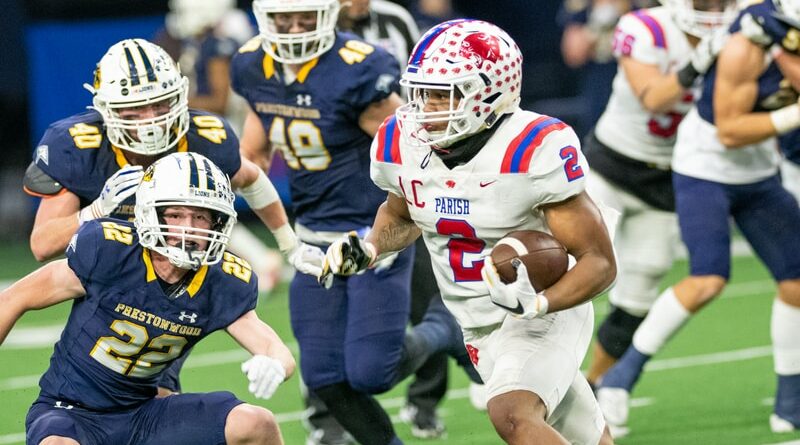 Parish Episcopal earned its second win this season over district rival Plano Prestonwood, and advanced to the TAPPS state semifinals in the process.

The Panthers — who are seeking their third straight state title — scored three touchdowns in the first nine minutes and rolled to a 49-24 victory in a TAPPS Division I quarterfinal on Saturday at the Ford Center at The Star in Frisco.

Andrew Paul rushed for 323 yards and six touchdowns, including scores on three straight possessions to start the second half. Paul has 719 yards and nine scores in his past two games, separated by a first-round playoff bye week.

After its ninth consecutive win, Parish (10-1) will face another district rematch against Bishop Lynch (6-6) on Saturday at Roffino Stadium. The Panthers rolled past the Friars 49-13 on the same field a month ago.

Despite finishing sixth among eight teams in District 1 during the regular season, Bishop Lynch has upset Tomball Concordia and Houston St. Thomas in the playoffs.

Tre Williams added a touchdown for Parish on Friday on a pass from Sawyer Anderson. Plus, Blake Youngblood caught six passes for 129 yards.