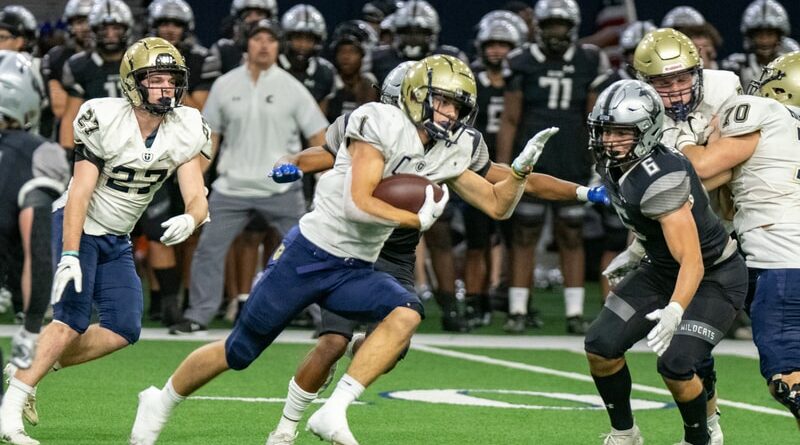 The 56-7 defeat in the Class 6A Division II area round at the Ford Center at The Star marked by far the lowest offensive output of the season for Jesuit.

Jesuit’s lone score came on a 75-yard pass from Gage Roy to Hunter Krepp late in the first quarter. Krepp finished with four catches for 124 yards. Northwestern commit Robert Fitzgerald tallied 98 rushing yards in his final game for the Rangers (10-2).

Byron Phillips added 132 rushing yards and a touchdown for Guyer, while Landon Sides caught three passes for 127 yards — all for scores.

Jesuit caps the season by tying the school record for wins in a season (in the UIL era) and claiming its first district title since 2016. The Rangers will now await UIL realignment in February.