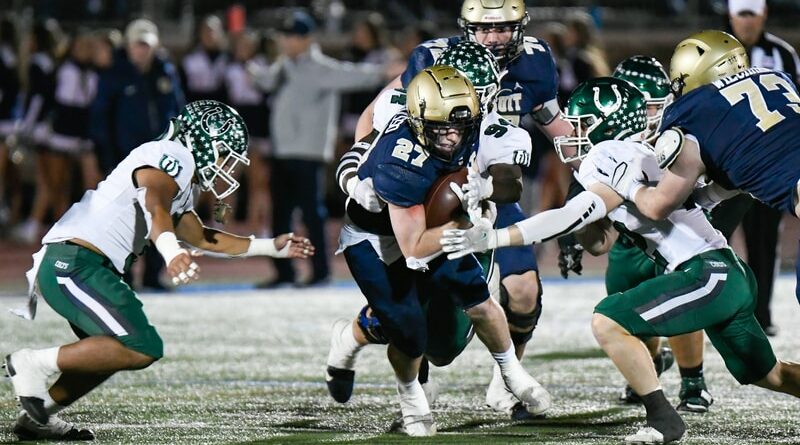 Thanks primarily to a punishing ground game led by Robert Fitzgerald and Jake Musso, Jesuit lit up the scoreboard early and often during its playoff opener on Friday.

A season-high offensive output spurred the Rangers to a 69-36 win over Arlington in a Class 6A Division II bi-district game at Postell Stadium.

Jesuit extended its winning streak to 10 games, which included an unbeaten regular-season run through District 8-6A, and avenged an upset loss to the Colts in the same round a year ago.

Fitzgerald, who is verbally committed to Northwestern as a linebacker, ran for 171 yards and five touchdowns. Musso added 174 rushing yards and two scores, including scampers of 66 and 58 yards, and he also caught a 50-yard touchdown pass from Gage Roy.

Reed Pfaffenberger and Charlie Schmidt added scoring runs for the Rangers, who accumulated 474 rushing yards as a team. Jesuit reached the end zone on 10 of its 11 possessions.

Roy completed 10 of 12 passes for 144 yards. Hunter Krepp finished with a team-high four receptions for 49 yards.

The Colts (5-6) remained within striking distance for much of the game due to Ryley Zalusky, who threw for 313 yards and four touchdowns. Adam Lemonds had nine grabs for 215 yards and two scores.