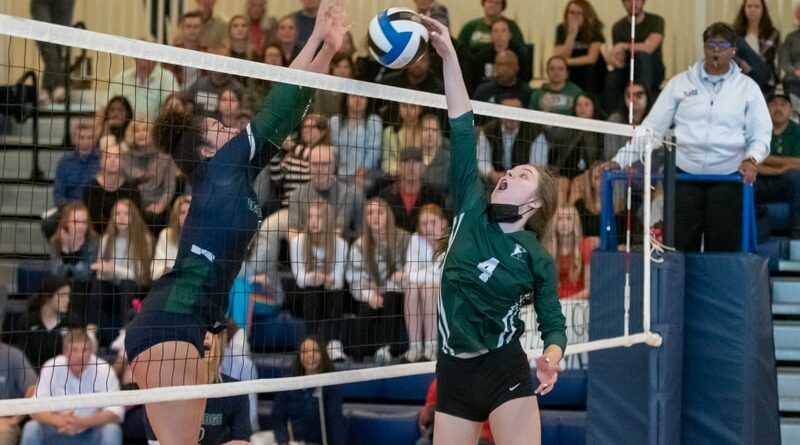 Hockaday’s perfect season — and a late St. Mark’s resurgence — each culminated in an SPC volleyball championship on Saturday.

The Daisies swept all three of their matches at the conference tournament, punctuated by an emphatic win over Arlington Oakridge in the title match.

It was a fitting conclusion to perhaps the best season in school history, as Hockaday dropped just one set against SPC opponents this season. The Daisies rolled past John Cooper and Greenhill on Friday before dispatching the upset-minded Owls on Saturday.

In the process, Hockaday (29-7) earned its first championship since 2008 and just its second overall.

The Daisies were battle-tested by an early-season tournament schedule that included wins over public school programs such as Plano East, Richardson Pearce, and Mansfield Legacy. Plus, they were unbeaten during an abbreviated campaign in 2020.

In the boys bracket on Saturday, St. Mark’s earned its seventh SPC crown despite coming into the tournament as an underdog. The Lions were just 4-4 in regular-season league play but peaked at the right time.

The biggest hurdle was a four-set victory over rival Greenhill in the semifinals. The top-seeded Hornets had beaten St. Mark’s twice during the regular season and were hosting the tournament on their home court.

That set the table for a five-set thriller in the championship match against Fort Worth Trinity Valley, which enabled the Lions to bring home the trophy for the first time since 2018.

In girls cross country, Hockaday’s Margaret Thompson was the individual gold medalist, followed by ESD’s Victoria Schmidt. The Daisies were second as a team.