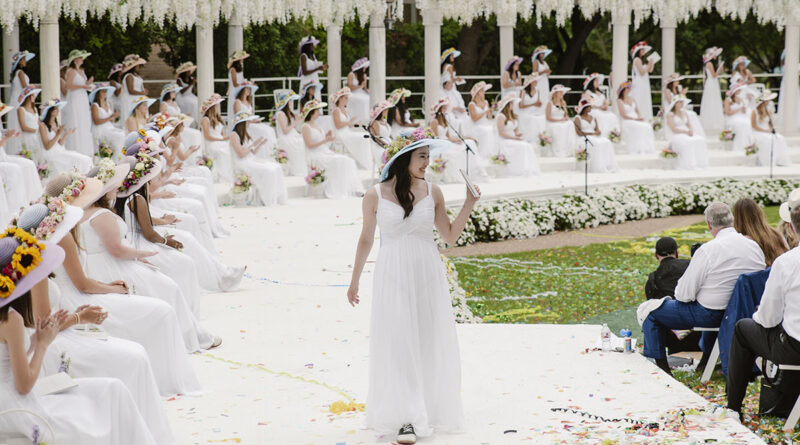 Hockaday’s graduation dress code of a long white dress has existed for more than a century — but the popular private school announced Thursday it was changing the dress code to “meet student needs.”

The school won’t eschew the traditional attire but instead is opting to provide an option for students who would prefer not to wear it for a variety of reasons.

“The change is designed to ensure every student feels included and celebrated on graduation day,” the school said in a press release.

“As an alumna and member of the Alumnae Board of Directors, I am proud that Hockaday has taken this step to make sure every graduate feels comfortable on her graduation day,” said Abby Hoak-Morton, a 2005 graduate who now serves as vice president for long-range planning for the alumnae association board of directors. “When I graduated, the dress didn’t fit me well and made me self-conscious. Knowing I had an option would have made me feel more supported.”

In 2015, then-seniors Anesu Nyatanga and Ascencion Lilia Ramirez requested the option to wear pants to graduation but were ultimately denied.

In 2019, more than 1,100 people signed a petition asking the school to change its stance, saying that it did not jibe with efforts the school had made to be friendly to trans and non-binary students.

“The school has many openly LGBTQIA+ students, a Gender and Sexuality Awareness club, and pro acceptance stance, but has strict regulations regarding graduation attire,” the petition said. “The school requires that all graduating students wear a dress at the Graduation Ceremony, something that is uncomfortable and gender dysphoric for transgender and gender non-conforming students.

In its announcement Thursday, the school said the tradition of the class collectively voting on a single white dress that will be worn at graduation will continue, but will also allow a white academic graduation robe and mortarboard as an option.

“We know that traditions, including those surrounding graduation, hold an important and enduring role here at Hockaday,” said Dr. Karen Warren Coleman, Eugene McDermott Head of School. “They are part of our identity and help connect students across the graduating class and across generations.

“As a leader in girls’ education, Hockaday remains committed to our mission: Believing in the limitless potential of girls, Hockaday develops resilient, confident women who are educated and inspired to lead lives of purpose and impact,” she added. “This change will allow us to live out this mission more fully and sustain a culture of genuine inclusion and belonging for all girls.”

Hockaday said the decision came after a working group formed to examine graduation attire researched the matter, considering the school’s history, practices of other peer schools, and other source material, including research about teen girls’ body image, self-confidence, mental health, and emotional well-being.

The group also consulted with the senior class and their parents, as well as faculty, alumnae, and the Board of Trustees.

That research found that other girls’ schools are now allowing more variety in graduation attire, including choices of dresses, pants or suits, or caps and gowns.

“One of my biggest honors is announcing Hockaday graduates on their special day,” said alumna Lisa Culbertson, who now serves as head of the upper school. “Knowing that every student who earned this day will be able to fully participate makes this honor all the more meaningful.”

“Hockaday graduation is an opportunity for seniors to feel connected to fellow members of their class as they are honored and welcomed into the Hockaday alumnae community,” said 1992 graduate and alumnae association president Landy Fox. “Each graduate should feel confident and proud as they become the newest members of the Hockaday Alumnae Association.”