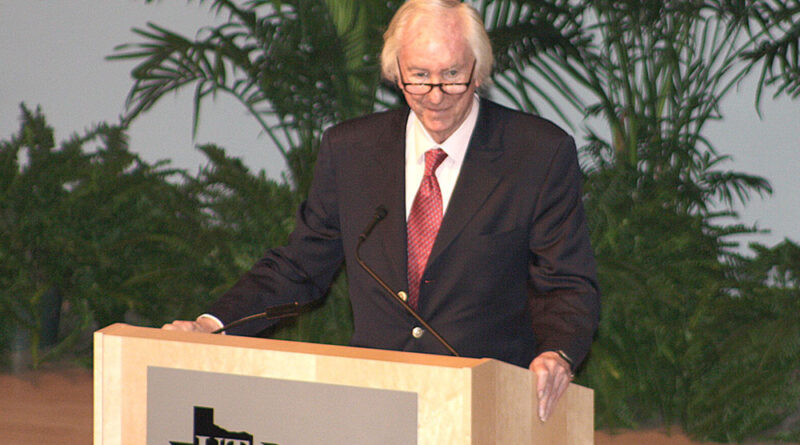 Peter O’Donnell Jr., a longtime philanthropist whose efforts have been described as “visionary” on a frequent basis, died Oct. 10 at the age of 97.

His wife of 68 years, Edith Jones O’Donnell, died last November. The two, who live in Bluffview, co-founded their eponymous foundation in 1957, giving more than $780 million over the years – often anonymously.

O’Donnell was a graduate of Highland Park High School, and earned his bachelor’s degree in mathematics at The University of the South in Sewanee, Tennessee. After serving in the Navy during World War II, he received his master’s degree in business from The Wharton School at the University of Pennsylvania.

“Some knew O’Donnell best for his longtime leadership in changing Texas’ political landscape,” his obituary said. “It began with the 1958 election of Congressman Bruce Alger, followed by Senator John Tower, William P. Clements, Texas’ first Republican governor in over 100 years, and the election of his friend, George H.W. Bush, as Vice President in 1980.”

But he was also known for his giving. Dr. Hobson Wildenthal, former provost and executive vice president of UT.D, often called O’Donnell the “fourth founder” of the school. He was instrumental, the school said, in securing the $6 million in startup funds in the 1980s from the state legislature that enabled the school to award four-year degrees.

“Peter O’Donnell Jr. was perhaps the most influential Texan of his generation,” UT System Chancellor James B. Milliken said. “Few people have done as much to advance the state of Texas as a powerhouse for research and innovation. In many ways, he helped shape the Texas we all share today. Through decades of strategic philanthropy alongside his beloved wife, Edith, he launched moon-shot advancements in math, science, computing, and the arts. These investments helped UT Dallas become a top-tier research institution and catalyzed the public-private partnerships that have made UT Austin and the city of Austin a world-leading center for technology. And his most recent act was to ensure that UT Southwestern Medical Center would become a premier institution for advancements in the neurosciences.”

The O’Donnells monetary gifts to UT Southwestern were almost all made anonymously, a statement from the medical school said.

“Excellence was a watchword for Mr. O’Donnell in everything he did and touched. He was a giant of our institution and a quiet driving force in advancing medical science,” said UT Southwestern president Dr. Daniel K. Podolsky.

“Peter O’Donnell helped foster an environment of innovation and discovery at UT Southwestern that has enabled transformative progress in biomedical research,” he added. “As we mourn the passing of one of UT Southwestern’s most stalwart supporters, we are grateful to have had the opportunity to publicly recognize Mr. O’Donnell’s magnificent generosity for the first time in 2015 through the naming of the Peter O’Donnell Jr. Brain Institute at UT Southwestern.”

O’Donnell committed $36 million to create the institute, which was dedicated to studying the brain from the molecular level up.

“Recent and rapid advancements in neuroscience and neurotechnology offer great promise, making this a particularly important time to invest in this critical field,” said O’Donnell at the time he made the gift. “UT Southwestern has repeatedly proven its ability to take on some of the most difficult scientific challenges and advance the field of medicine, benefiting patients today and for generations to come.”

His contributions to the medical school’s Center for Human Nutrition also improved understanding of chronic conditions like heart disease, hypertension, diabetes, and cancer.

“Thanks to Peter’s ongoing support, the Center was able to conduct some of the first tests on the effectiveness of statin medications to lower cholesterol levels, as well as influence the development of numerous national guidelines, notably the determination of safe and unsafe dietary fats and the importance of weight loss and exercise for reducing cardiovascular risk,” said Scott Grundy, M.D., Ph.D., the Center’s longtime director and a close friend of O’Donnell. “He helped us apply rigorous science to the field of nutrition.”

His support also helped Nobel laureates Dr. Michael Brown and Dr. Joseph Goldstein, whose work was foundational in developing statin drugs used now to control cholesterol, and Dr. Bruce Beutler, whose work as the director of the Center for the Genetics of Host Defense has helped scientists understand the genetics of the immune system.

The O’Donnells support also included arts and education efforts, too, including Big Thought.

In 1987, she and Mary Ellen “Mitch” Jericho began a chapter of Young Audiences, forever connecting the two with not only art but the use of art in social and emotional learning.

“We are beyond thankful to Peter and Edith for their visionary guidance and philanthropic stewardship which has positively impacted not only the millions of youth in Big Thought programs, but many more across the region and state,” the organization said in a statement.

He is survived by his three daughters: Ann O’Donnell, Carol Kradolfer, and Ruth Mutch; as well as six grandchildren and two great-grandchildren. A private service will be held later. Donations may be made to the Peter O’Donnell, Jr. Brain Institute at UT Southwestern Medical Center, or a charity of the donor’s choice. 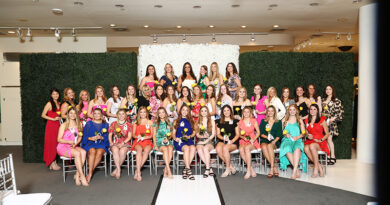 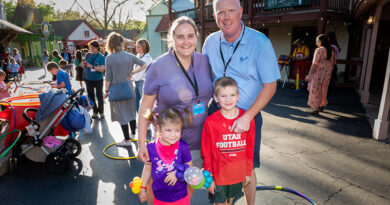 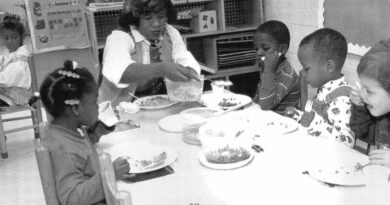