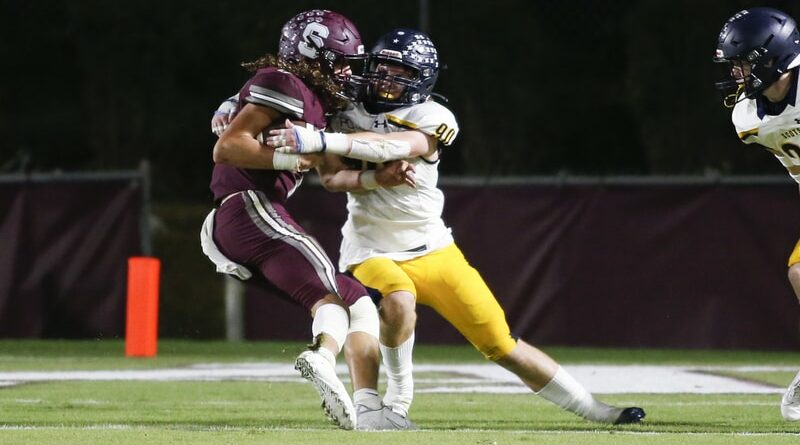 When the UIL placed perennial powerhouses Highland Park and Longview into the same football district during the most recent round of realignment, it scheduled two games worth circling on the calendar.

The first lived up to the billing, as the Scots held off the Lobos 18-13 last year in a somewhat surprising defensive showcase, ending Longview’s 20-game home winning streak.

The rematch comes on Friday at Highlander Stadium, where the Lobos will try to return the favor and deal HP its first district loss on its home field in more than two decades.

The Scots (4-1, 1-0) recovered from a slow start to pull away from Sherman for a 35-17 victory in its District 7-5A Div. I opener last week. HP extended its winning streak to four games overall and continued to make strides on offense.

The ground game was particularly effective against the Bearcats, as Christian Reeves scored two touchdowns and Jay Cox added a score. Collectively, HP’s 22 offensive touchdowns this season have been equally split between passing and rushing.

Like HP, the Lobos (5-1, 2-0) are rounding into form after a lopsided season-opening defeat. Longview rolled past Wylie East 56-0 last week and has averaged 45.5 points per game in its past four games.

Both teams have combined for 1,609 victories all-time, with HP ranking first and Longview eighth historically. The Scots have won five of the eight meetings between the schools, most of which came in the early part of the 20th century.